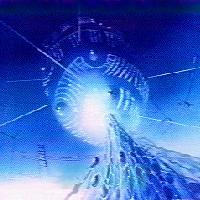 In astrology, Uranus symbolizes radical change and eccentric behavior, it is the revolutionary of the zodiac. Astronomers have long known that Uranus possesses unusual features such as the fact that it is tipped nearly on its side relative to the sun with its south pole pointing towards the Sun. This gives it the strange orbit pattern of rolling about as it travels around the sun. New discoveries by scientists at the SETI institute demonstrate that the orbits of Uranus’ inner moons and ring structures have dramatically changed over the past decade. The rings appear to be constantly replenished by fresh material (just as Uranus serves in the birthchart to constantly slough off old tired habits and patterns to replenish them with a new way of looking at our lives), and the orbits that the moons make relative to each other has also changed dramatically.

This erratic and unusual behavior typifies the way Uranus operates in the birthchart of an individual and as it travels through the solar system and affects us by transit. Uranus rules revolution, it defies the status quo and seeks to remove from our lives anything that is tired and oppressive or which no longer serves us. Uranus has a tendency to coax out of us our secret longings to be our own completely unique individual. If we resist these impulses for too long, we may experience sudden urges to completely change our life, to walk our own path and break free of any restrictions that hold us back.

Unlike the rings of Saturn which are more permanently defined signifying the structures that Saturn creates, the rings of the Uranian moons appear to be in constant flux. Astrologically, Uranus seeks to create an environment within us where there is adequate space and freedom to adapt and change as our evolution requires, and once again I am amazed at the synchronicity between the astronomical nature of the planets and their symbolism in our lives.