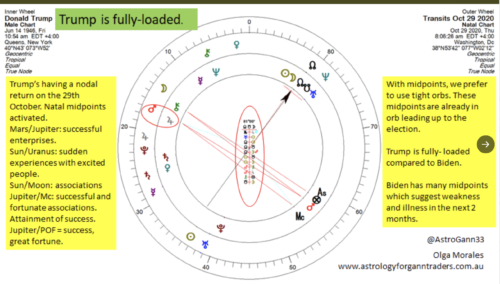 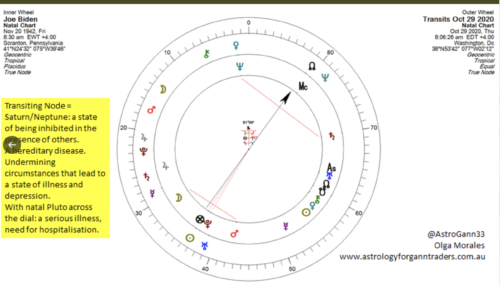 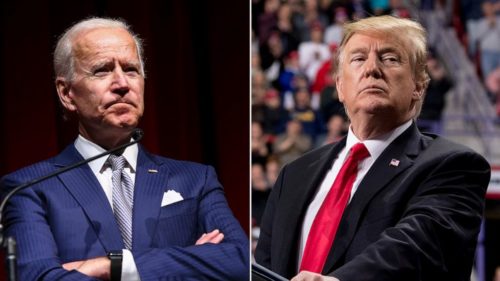 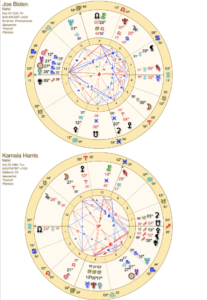 A shift in direction when the lunar nodes change signs 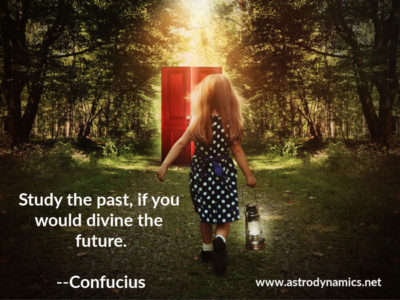 The lunar nodes mark the point at which the path of the Moon crosses the ecliptic, the path that the Sun takes through the constellations as we observe its movement from Earth.  The Nodes are connected to experiences which feel fated, and we can see this idea in practice when we look at an eclipse.  Eclipses occur at a lunation (lunar event) in which the Sun and Moon are within 15 degrees of the Nodes, activating a trigger of the past which requires something to happen before we can move forward.

Unlike other planetary bodies, the nodes move backwards in their apparent motion from our perspective on Earth.  (This excellent article explains why.)

The South Node is exactly opposite the North Node as they move backwards through the signs, moving from one polarity of opposites to the previous one.   Unlike the traditional order in which we progress from the initiation of Aries to the solidification of Taurus, and then on to the diversification of Gemini to the connectivity of Cancer (and so on), the Nodes take us on a journey to retrace our steps into the past where we must clean up past karma before moving forwards.

The North Node has been in Cancer (family, feelings) since November 2018, with the South Node in Capricorn (career, societal expectations), setting up a polarity between the Moon, ruler of Cancer, and Saturn, ruler of Capricorn.  Where Capricorn says “suck it up, and just do what’s required with every man for himself,” Cancer says “but the world is bleeding and I can’t bear it.”   It’s not an accident that the US elections in November 2018 marked historic wins for women, since the Moon is Cancer’s ruling planet and strongly […]