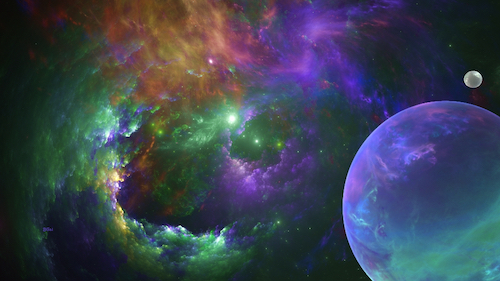 I think we will all find that this is a good week to be mindful.

On the 7th, a stressful opposition between Mercury (the mind) and Uranus (reckless behavior) could prompt a quick decision that doesn’t end well if we’re not careful.  Take a minute to think before taking action, especially since Saturn (tests and challenges) is squared by the Sun, leading us into temptation.

We will be under a challenging opposition from Mars to Chiron between the 7th and the 9th or so.  Mars can trigger anger and with Chiron involved, unpleasant feelings and old wounds could emerge. Remember that the purpose of this emergence of any distress is so that it can be released and healed – holding onto these old wounds just causes them to fester and negatively affect our energy system.

Meanwhile Venus enters Scorpio and we begin the journey into Scorpio’s depth and magic.  When Venus is in Scorpio (as it will be until November 2nd) our relationships take on greater urgency and intensity.  The truth must be told, and our connections become deeper and more intimate.

Any darkness will lift by the 10th and a lovely sextile from the Sun to Ceres (nurturing that comes from the Earth) will highlight ways in which we can take care of our physical bodies by nurturing the senses.  We may find some disruption in our relationships around the 12th but a sweet harmonic between the Sun and Jupiter (confidence and optimism) helps to smooth the way.  This is generally a very pleasant time of comfortable planetary energies which lead up to the Aries Full Moon on October 13th. 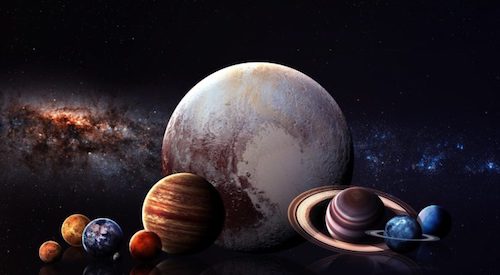 This week’s biggest news of course is the big Aries Full Moon that occurred on the 24th.  Not big as in Supermoon big, but big as in eight planets all linked together in a dance of high energy planetary juju.  The energy of Full Moons take about three days to culminate and then about three days to dissipate so we are still riding the waves of that explosion of energies.

In the US news, the disruption of the nomination of Brett Kavanaugh to the Supreme Court is a classic manifestation of the energies of this Aries Full Moon.  Mercury in Libra, desiring fairness, was tightly aligned to both the Sun and Moon, as was Chiron which brought up old wounds of the past to be addressed and hopefully resolved.  Uranus did indeed foster a disruption of the status quo which was looking like a seamless nomination and confirmation process.

This week we have a triple conjunction of the South Node (events of the past) to Mars (assertion and need) that includes the Black Moon Lilith, a force of primal feminism and the astrological mascot of the MeToo movement.  Combined with the lingering energies of the Aries Full Moon, this planetary dynamic will remain in effect at least until Friday.  Since allegations of sexual assault (connected with the Black Moon Lilith) are involved, I suspect the Supreme Court nomination process will not be resolved and more Kavanaugh accusers will come forward during this period.

Venus is in Scorpio now too, encouraging intense and passionate interactions which could overpower the tendency of Mercury in Libra towards polite conflict resolution.

It will be an interesting week!

Fall into the drama of the Equinox Aries Full Moon, September 24th 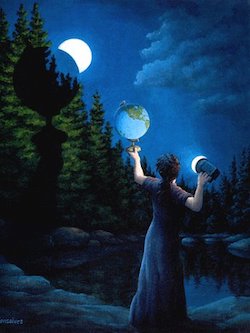 Aries is the first sign of the zodiac – the sign of action, initiation, adventure, independence and courage.  Ruled by Mars, Aries has an aggressive force but it is a force for self-expression and self-awareness.  When the Moon is in Aries, we find ourselves willing to face our fears and inspired to break through the barriers that keep us from blazing the trail of our highest desires.

As in every Full Moon, this Aries Full Moon is opposite the Libra Sun, setting the Aries focus of initiating something new to satisfy ourselves against the Libran need to placate and please in order to achieve balance and harmony.  When the Moon is full, the lunar light (in this case Aries) obscures the light of the sun (in this case Libra), strengthening the Aries force to assert our personal will into the world.  This Full Moon is just one degree away from the equinox point which intensifies its power, but also amplifies the potential of our dreams, intentions and desires to create real magic.

This is a highly dynamic Full Moon as it is chock full of planetary aspects.  In this case Chiron’s wounding and healing energies are strongly connected to the Sun and the Moon so we are likely to experience an eruption of old emotional hurts and the clearing out of psychic debris.  Saturn (tests and challenges) forces us to face realities that may or may not be pleasant but must be dealt with.  Uranus (radical change) applies the pressure of dissatisfaction to keep us from becoming too comfortable.  Mercury (mind and communication) is scrambled by the emotionality of the Moon and overwhelmed by the light of the Sun, making rational thinking more difficult.

With this much planetary juju, […]

The compelling power of the Aries Full Moon October 5, 2017 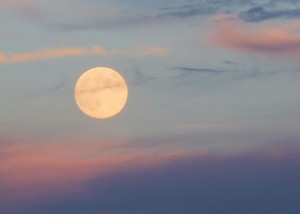 This Aries Full Moon takes the power of Mars to energize us and stir us to action, and amplifies it into a new dimension.  Mars is locked in a dramatic tango with Venus right now, and Mars is the ruler of this Full Moon which promotes it to great importance.  This means that we are more self-oriented and potentially more reactive than we might normally be, and this can result in greater interpersonal conflict.

This dance is embedded in the chart of the Aries Full Moon – another symbol of polarities since the Sun is in Libra, the sign of balance, and the Moon is in Aries, Libra’s opposite polarity. Aries is self-oriented where Libra attempts to balance self vs other – finding that sweet spot in the middle is the message of the Aries Full Moon on October 5th.

Our relationship with others are a mirror of our own internal conflicts, and the attempt to find a harmonious counterbalance, both in our own emotional natures and personalities and in our relationships, is intensified and made more urgent with.  Anything artificial or illusory falls away under this Full Moon and we are given the choice to create transformation or remain in ignorance.

Fortunately, we are blessed at this time with mental clarity and an enhanced ability to communicate our personal wisdom, and a grounding influence can help to provide stability but may also set up road blocks that need to be worked through. In the midst of this, there is a tremendous push for personal liberation and creating the kind of change that will facilitate and encourage a release from old patterns that bind us.

Geeky astrological details – These aspects are embedded into the Full […] 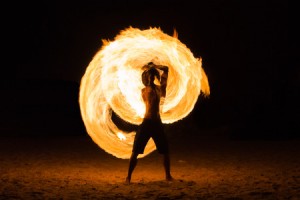 Aries is the sign of the warrior – the trailblazer, the adventurer, the lone gunman.  Ruled by Mars, Aries acts through raw instinctual power and primal motivations.  The Moon also rules instinctive behavior and reactions, but through emotion rather than force, so this is not a time when cool heads and rational thought will prevail.

In the Full Moon the Sun is opposite the Moon, with the Earth in the middle.  There is a need for finding balance between two zodiacal opposites, and here we have the Libra Sun seeking balance and harmony opposing the Aries Moon, urging us to find what’s real in our hearts and trust our instincts.  However, Mars is aligned with Pluto now so the aggressive force is made even more powerful.

This is a Supermoon (TM Richard Nolle) – the Moon is closer to the Earth than at other times and its influence is more powerful.  The psyche is deeply affected during the Supermoons, especially the Full Moons which tend to have a heightened abundance of emotional power anyway.

We can prepare for this infusion of warrior energy by becoming more aligned with our own warrior nature.  Increasing your physical strength, finding your center of power in the solar plexus, listening to hear where you may be holding anger in your body and finding ways to express that anger and release it – all of these are important tools for getting the most out of this powerful period.

To complicate matters, this Full Moon is aspected by Uranus – planet of radical reaction and revolutionary behavior.  If we are stuck in a pattern, relationship or situation, […]