The Uranus/Pluto square in the news

The square between Uranus in Aries to Pluto in Capricorn represents the departure from the status quo (Uranus) in favor of the individual (Aries) and the destruction (Pluto) of established power structures (Capricorn).  Here are a few examples:

How are things in your world?

“So other than that Mrs. Lincoln, how did you like the play?”

Some rather significant events happened yesterday, coinciding with the Sagittarius lunar eclipse: 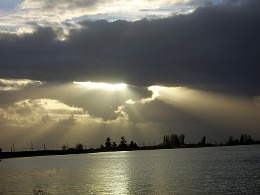