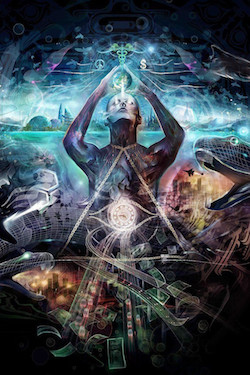 In my own chart, Jupiter (beliefs and meaning) is in a powerful square to Pluto (power and intensity).  This dynamic typically suggests someone who holds on tightly to their belief system, and there is a self-righteous quality to it.  When I have a strong feeling about something, my confidence in that belief never wavers.  98% of the time this confidence is well-placed and serves me well.  But when we are so rigid in our beliefs and what we think […]

The astrology of Whitney Houston, dead at 48

Whitney Houston, the brilliant but troubled singer and film star, was found dead in a hotel bathtub this weekend.  The cause of death has not yet been determined but toxicology tests found a combination of Xanax and alcohol.

Ms. Houston’s life-long troubles with drug and alcohol dependence were widely documented and often threatened her exceptional career.  Her marriage to singer Bobby Brown was punctuated with violence and bouts of drug addiction and rehab.

Astrologically, Ms. Houston (chart here) had a conjunction of the Sun and Venus in Leo – she was born to be someone whose light shone brightly (Leo) and the presence of Venus typically bestows beauty and the ability to interact with others in a positive way. However, Saturn, the Celestial Teacher opposed that Sun/Venus combination which suggests that she was riddled with insecurities about her looks and her ability to be loved.  In addition, the fact that Saturn in her chart was retrograde shows that she was particularly self-critical.

Although her chart was quite fiery, signifying a person of great passions and energy (her Moon conjoined Jupiter in Aries), Pisces, the sign of empathy, artistry, creativity and intuition rising in her chart, and Neptune, ruler of Pisces, squared her Sun/Venus conjunction.  Neptune and Pisces are beautiful influences for an artist, but they can also indicate addictive behavior because of the strong urge to transcend material reality, an urge which is good for the spiritual life, but not so good for someone who lives in the material world.  Neptune and Pisces express themselves through art and creativity but can make it difficult for an individual to see the realities of their lives clearly, and that was a hallmark of Whitney Houston’s short life. 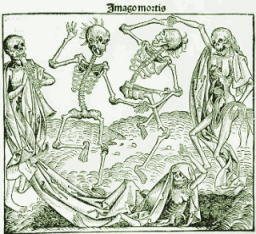 Traditional astrologers seem to like to predict death.  Because traditional astrology is based in prediction and the concept of fate, the question of when a person will die becomes a subject of inquiry and analysis in the traditional modalities, whereas modern branches of astrology and certainly what I call “transformational” ‘astrology is more concerned with the evolution of the personality and the soul and our ability to transform our karma and create our destiny.  (You might be interested in my earlier article on this topic as well.)

In my personal theology, the chart is the karma that we are given, and our dharma, or soul work, is to maximize the potential of the chart and integrate the individual pieces that are often in conflict.  As we begin to make conscious choices rather than using reactive impulses in our day-to-day life, we are able to change our destiny and create a magnificent life.  This has been my experience as someone who has Saturn conjunct the Sun, Moon conjunct Pluto squared by Venus and Jupiter, and lots of other “bad” stuff in my chart, and this is what I teach my clients and students.

Theo White is a classical astrologer who has a new article out regarding the sudden rise of celebrity deaths over the past week, with the loss of major icons of popular culture (including Ed McMahon, Michael Jackson, Farrah Fawcett and Billy Mays within a 5-day period in June).

I have talked in these pages about the association of Jupiter with death.  Although I do not believe we can predict death from the birthchart (the “malefiic” planetary cycles that are said to predict death are experienced by people every day without resulting in death), we can often […]

When Mercury is retrograde we often see communication and equipment snafus, and things not going according to plan.  There is a “shadow” period lasting about a week on either side when Mercury’s movement