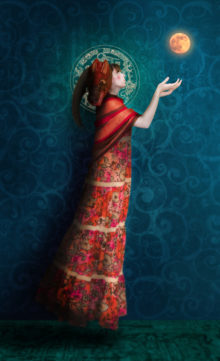 This article takes an interesting stance in […]

Richard Dawkins is a hero of the Saturn/Neptune opposition; his book The God Delusion was published last September as the forces of the establishment (Saturn) railed against the forces of the mystical (Neptune). Back in March, as we passed through the second phase of the opposition, I wrote about Deepak Chopra’s response to Richard Dawkins. You can read more about what Dr. Chopra has to say here, but suffice it to say that Dawkins has made a personal crusade out of bashing anything that doesn’t conform to establish scientific understanding.

For his new two-part television show on the BBC, Dawkins interviewed astrologer Neil Spencer who writes about the experience for Guardian Unlimited. Evidently the first episode of Dawkins’ program will be bashing alternative medicine; he will dedicate the second episode to astrology. Spencer writes:

Scientism, of course, hates meaning. It prefers to view humanity as a random accident, isolated in a cosmos of ‘indifferent vastness’ – the legacy of the post-Copernican enlightenment that Dawkins claims is now being ‘betrayed’. The opposing view, that the world has soul and purpose, that humanity and the cosmos are linked, is to be found not, as he and others claim, in the dogma of religion, but in art and in the depth psychology of Freud and Jung that Dawkins holds in contempt. The sweep of Romanticism, from Goethe and Beethoven down to Nash and Ginsberg is where modern humanity has articulated many of its quests for metaphysical and spiritual truth.

Dawkins and people like him can keep their dry and skeptical outlook on life. While googling what people are saying about Dawkins, I found this gem:

Zen and the Art of Debunkery

Richard Nolle’s Website of the Week page is a great place to hang out if you’re looking for interesting reading. One recent selection comes from Daniel Drasin and exposes the Art of Debunkery:

Like all systems of truth seeking, science, properly conducted, has a profoundly expansive, liberating impulse at its core. This “Zen” in the heart of science is revealed when the practitioner sets aside arbitrary beliefs and cultural preconceptions, and approaches the nature of things with “beginner’s mind.” When this is done, reality can speak freshly and freely, and can be heard more clearly. Appropriate testing and objective validation can–indeed, *must*–come later.

Seeing with humility, curiosity and fresh eyes was once the main point of science. But today it is often a different story. As the scientific enterprise has been bent toward exploitation, institutionalization, hyperspecialization and new orthodoxy, it has increasingly preoccupied itself with disconnected facts in a psychological, social and ecological vacuum. So disconnected has official science become from the greater scheme of things, that it tends to deny or disregard entire domains of reality and to satisfy itself with reducing all of life and consciousness to a dead physics.

As the millennium turns, science seems in many ways to be treading the weary path of the religions it presumed to replace. Where free, dispassionate inquiry once reigned, emotions now run high in the defense of a fundamentalized “scientific truth.” As anomalies mount up beneath a sea of denial, defenders of the Faith and the Kingdom cling with increasing self-righteousness to the hull of a sinking paradigm. Faced with provocative evidence of things undreamt of in their philosophy, many otherwise mature scientists revert to a kind of skeptical infantilism characterized by blind faith in the absoluteness of the familiar. Small wonder, then, that so […] 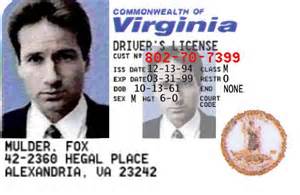 Susan has a post today that reminded me of an experience I had before I was married. She writes:

I know astrology works. I have made mistakes in casting charts that have proved to me that it is valid. When I cast the wrong time, the charts didn’t fit the person, and the timing of events was off. When I corrected the chart, it made more sense and the timing was correct.

I experienced this also with a clients once; I began the reading and the client could not relate to anything that I said. I double checked her birth data I found I was off by ten days. The reading then was accurate.

Years ago, I met a gentleman that I was interested in, and since I was an astrologer when we started to get closer I asked him for his birth information. I did his chart, and was mystified. The chart did not reflect the person that I was getting to know. The chart using the birth data he gave me was for a more aggressive individual than the sensitive person I was getting to know; the chart had a strong Mars and Aries component and lacked a watery complement. I related my confusion to him, whereupon he admitted that he had gone underground in the 1960s and taken on a false identity in order to avoid the draft for the war in Vietnam. To this day I think that that I am the only person who knows his true identity and the story behind his adopted birthdate.

I have been surprised at the vehemence with which some people want to disprove astrology. Juno in the comments suggested that the burgeoning number of articles trying to prove/disprove astrology is […]