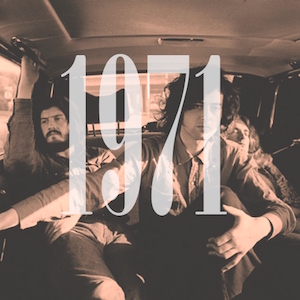 I was just reading a review of a new book about 1971 as “the year that rock exploded” which says:

“In his new book, Never a Dull Moment,Hepworth makes the case that the music from 1971 was the result of “a huge explosion of creativity in a very short period of time” and lives on in the present like most old music does not.

Some of the best albums of all time were recorded and released in 1971, including:

You can read the whole list on the blog of David Hepworth who write the book.  As Hepworth points out, not only was an enormous amount of fantastic albums produced, the artists themselves kept pumping out brilliance into the world.

When there’s a big shift like this there is always a change in the astrological climate.  In December of 1970, Neptune entered the sign of Sagittarius.  Neptune is a tranformational planet: it inspires creativity and divine wisdom; it urges us to explore the realms beyond the ordinary and takes us to great heights.  By blurring our material vision it demands that we look within and outside of the material world. It can also cloud our vision, facilitate our addictions and generally create confusion, delusion and illusion.

Neptune is also associated with creativity and the arts as well as popular culture. With Neptune in Sagittarius, the sign of expansion and exploration, any boundaries or limits disappear and creativity abounds. […]