(Did you miss yesterday’s post on the eclipse? Catch up here.)  Technically the exact eclipse degree culminated this morning at 7:13 am EDT/11:13 am UTC, but the effect of an eclipse can linger for a few days.  Not everyone experiences eclipses in the same way, and we don’t experience eclipses the same way each time.  So much depends on the degree of subconscious material that is ready to emerge, and we can’t always tell what that will be until the time comes!  Here in my house there was quite a bit of subconscious debris that emerged and I don’t mind telling you it wasn’t pretty.  But with that debris swept away, the new growth is emerging and that is so beautiful.

Today we will begin to shed these energies and integrate them in a more conscious way.  The Moon completes the eclipse process by transiting over the South Node of the past, the point at which we release those old patterns and continue the evolutionary shifts.  This occurs in the afternoon EDT/evening UTC, followed by harmonious aspects from the Moon to both Chiron and Saturn to help facilitate the healing process (Chiron) and the rebuilding and reorganization (Saturn) with new plans in place to support the energetic shifts.  This entire process may be so subtle we don’t even notice, or it may be more significant – either way, the effect of an eclipse can last a few days.  If there are changes you’ve been wanting to make, this is the perfect time! ❤️

5.25.21 – How to prepare for tomorrow’s Sagittarius Supermoon lunar eclipse 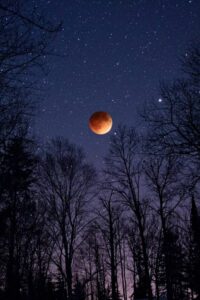 A lunar eclipse is a significant event, and when it is a total eclipse AND a SuperMoon (meaning closest to Earth) it has the potential to be quite powerful.  A lunar eclipse involves a conjunction of the Sun and Moon to the lunar nodes, the points that take us from the past to the future, so there is always a sense of something fated – a meeting perhaps, or even just an awakening of something within us which we have not previously recognized or which can help us to re-imagine situations in our life that may be difficult.

The lunar eclipse on May 26, 2021 occurs at the Sagittarius Full Moon – the expansiveness and desire to reach new heights of meaning and understanding dominate the energies of the eclipse.  Not only is Jupiter, the planetary ruler of Sagittarius, tightly aspecting both the Sun and Moon to bring out a peak experience of some kinds, but the fact that the event is a SuperMoon as well – the Moon is at its closest point to Earth (perigee) and appears gigantic and red.  This is such a powerful metaphor to help us to wake up to the call of the soul, which is really the domain of the Moon.

The astrological chart for this eclipse also contains the square from Saturn (structure and social order) to Uranus (radical change and rebellion) which is the story of 2021 so the expansive potential of the eclipse could drive a burst of revolutionary behavior and activity.  Mars, planet of war and action, is in Cancer right now where it can be cranky and emotionally sensitive (not a happy place […] 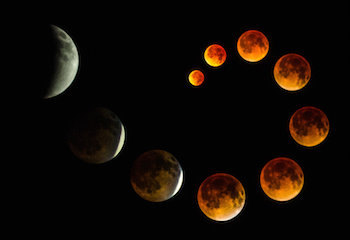 Deviant Art.  Mercury is in its shadow period now, moving at a snails space as it prepares to turn retrograde.  (Most people know by know that Mercury doesn’t actually travel backwards, or retrograde but because we observe the motion of the planets from Earth they sometimes appear to move backwards from our perspective which we call retrograde motion.)   Mercury will be retrograde through August 18th.  Because Mercury rules communication, learning and communication equipment, anything started or implemented during Mercury retrograde periods MAY bring potential problems or glitches later on.

As someone who has observed this phenomenon for over 40 years, I can tell you that the current hysteria over Mercury retrograde that fills the Interwebs is way overblown.  It sells astrological news perhaps, but the number of people who write me in terror of making a move or even a small purchase during these periods makes me weep.

During the Mercury retrograde, we just need to exercise an additional level of care.  If you’re booking a flight for a trip, REview your flight arrangements a few times to be sure you haven’t made a mistake.  If you have to start a job, sign a contract, or buy a new car because your old one died, do your REsearch, REread the contract or documents to be sure they are clear. 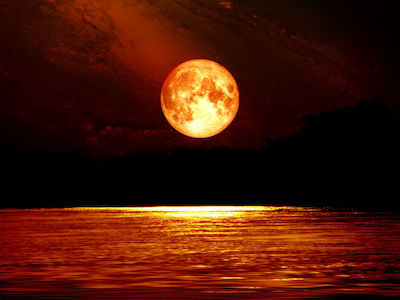