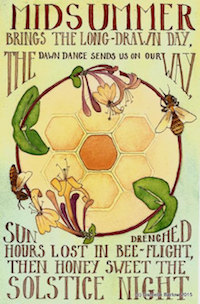 The astrology of Mitt Romney

by Lynn Hayes Mitt Romney is widely recognized as a flip-flopper, but with three planets in Pisces (plus Ceres) it’s his nature to be adaptable. Pisces is the most watery of the water planets: Cancer is an earthy water and Scorpio is a fiery water, but Pisces is pure water in the sense that it tends to take the shape of whatever container it finds itself in. Pisces longs for peace and an understanding that there is more to life than this material world. There is a strong sense of empathy and sensitivity in someone who has a strong Pisces nature, but there is also a dislike of confrontation and a tendency toward escapism that can lead him to take the easy path rather than the one that is more true to his nature. Mars and Mercury fall in Pisces as well as his Sun, emphasizing the flexibility of the Piscean nature. Mercury in Pisces shows that his mental function is very watery and intuitive, as well as being flexible and adaptable. If something isn’t working, he has no problem changing his mind to fit the current circumstance. And Mars in Pisces is the peacemaker – the god of war in the sign of surrender. Mars, as the planet that expresses our will and desires, cannot find its full expression in the sign that seeks to merge with the great beyond and this further weakens Romney’s ability to assert himself strongly in any situation. Gemini, another adaptable (mutable) sign is rising in his chart.  Gemini tends to be non-discriminating – each idea has as much value as the next.  The important thing for someone with a strong Gemini is the […]

Dharmaruci has a great post about getting things done before Christmas:

Have you noticed that there is no point trying to arrange anything between now and Christmas that hasn’t already been arranged? It just won’t happen. There is a good astrological reason for this: the Sun is in the final degrees of a mutable sign, Sagittarius. A sign of excess and office parties, yes. But being mutable, and at the end of the sign, it is particularly good for just going with the flow and letting things end, not beginning them.

I’d like to also add that right now it’s going to be hard to get things done because Mars is stationary and preparing to change direction on the 20th.  This is the astrological equivalent to being stuck in the mud while the wheels of your spin in an attempt to gain traction.
The mutable (flexible, adaptable) signs come at the end of the season, and the cardinal signs mark the entry into the next season.  Adaptable signs are not particularly energized but they help us to prepare for the next phase.
DR then goes on to compare the squeezing of Santa through the chimney to the Sun’s entry into Capricorn.  You’ve got to see his post, if only for the cute Santa pic!
Share this article...
By Lynn Hayes|2009-12-17T15:04:43-05:00December 17th, 2009|Astrology|Comments Off on Santa, Capricorn, and Mars Retro
Read More

The Cardinal energy of the Cancer Full Moon

Tomorrow’s Full Moon (December 23 at 8:17 pm EST) is tightly connected to the Winter Solstice since the Sun has only advanced one degree since the Solstice point. These cardinal points mark a seasonal shift, but because of the sign change there is also an astrological shift that takes place on a deeper level.

Solstices and equinoxes, as we said the other day, are defined by the entry of the Sun into a Cardinal sign. Cardinal signs are signs of action and leadership – they initiate new beginnings and a new focus. After moving through the cardinal sign the Sun moves into the following fixed sign, where there is a gathering and organization of resources and planning, and then through the mutable sign where it adapts its goals to the energies that are available before moving into the next shift at the next Solstice/Equinox event. The Sun is in the Cardinal sign of Capricorn now, next month it will move into the fixed sign of Aquarius and then, finally, through Pisces before reaching the Spring Equinox at Aries.

The presence of the Full Moon at the time of the cardinal shift shows the importance of this event. There is a movement forward; yet Mars is retrograde and Saturn squares it which creates a need to hold back and not complete the action quite yet. With the Moon in Cancer and the Sun in Capricorn, this Full Moon is highlighting the need to nourish one’s inner life (Cancer) while balancing the needs of our worldly obligations (Capricorn). A struggle is indicated during this Full Moon with the Moon conjunct Mars in Cancer which is in opposition to the Sun conjunct Jupiter in Capricorn. Mars is approaching an opposition to Jupiter which is exact on December 26, and the rebellious […]