Anne Hathaway’s ex-boyfriend, Raffaello Follieri. spent his 30th birthday in jail after being convicted for 14 counts of fraud and money laundering.  Columnists are debating how much Anne actually knew about what Raffaello was up to when he represented himself as a representative of the Vatican in order to swindle billionaire Ron Burkle out of millions of dollars – perhaps astrology can tell why Anne fell for Follieri.

Anne Hathaway has appeared to live life as charmed as the princess she played in the Princess Diaries.  Raised in affluent Millburn New Jersey, she has been acting since she was thirteen and is a trained soprano as well as stage actress.  Her first break came at age 16 when she starred in a failed TV series, and she has worked steadily in major films ever since.  She is the new face of Lancome beauty products.

Anne’s astrological chart (11/12/1982, birthtime unknown) shows a quadruple conjunction of the Sun, Mercury, Venus and Jupiter.  Venus and Jupiter are the two most beneficial planets in the astrological language.  When Venus is fused with the Sun (the Self) in the birthchart, it grants beauty and the power of attraction.  Jupiter, the planet of prosperity and abundance, joins the Sun and Venus to create a powerfully positive charge in Anne’s life.  This is a trio of luck and good fortune, and nearly certain success.  People with a strong Jupiter in their charts often are confident and assured, with a strong sense of social justice and moral guidelines, and the presence of Mercury (mind and communication) there explains her strong intelligence and ability to slip in and out of roles as an actor.  Mercury can be a bit of a shapeshifter and enjoys […]

The National Ledger has my new post that takes a brief astrological look at the latest celebrity breakup. 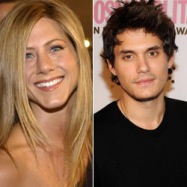