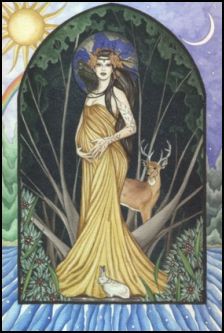 Sunday inspiration: A kitchen for the soul 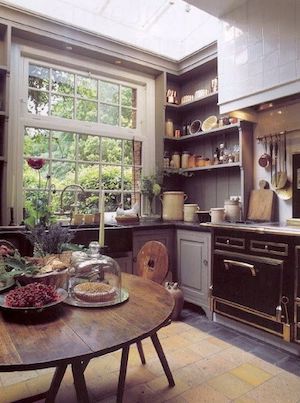 To celebrate the opposition from Ceres, representing the abundance of the earth and her ability to nourish us, with Neptune, planet of spirituality and creativity, I offer this beautiful piece from architect Anthony Lawlor.  Photo from this site, and thanks to Beth for the inspiration on Pinterest.

Your kitchen is calling. It’s inviting you to engage the magic of transformation by taking the gifts of the earth and cooking them into meals that nourish the depths of your being. To make a kitchen for your soul, you don’t need an expensive remodel. You don’t need new cabinets or industrial strength appliances. All you need is to open your senses to the act of preparing food and the willingness to appreciate the simple miracle being created in the act.

It only takes a moment to shift your kitchen from a storage room for snacks into a place of soulful alchemy. Instead of unconsciously stumbling into your kitchen and grabbing something from the frig, plopping it on a plate and stuffing it in your mouth, try this. Stop, look at where you are and sense the possibilities. The stove is offering fire. The sink is providing water, the refrigerator and cupboards are filled with earthy bounty from the world’s garden. All that’s needed is for you to feel the desire in your belly and allow it to guide you in creating a meal. As you open the doors of the frig or cabinet to select the vegetables, grains and other items, savor the colors, shapes and design of the food. Imagine the fields and orchards they came from and the natural processes of weather and soil that produced them. As you slice and […] 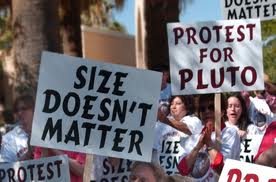 Pluto’s discovery in 1930 brought with it the introduction of the atomic bomb and the fear of ultimate annhilation, the ultimate power. In these days of terrorism when a single individual with a toiletry bottle can potentially wipe out thousands of people, our concept of power is changing. In centuries past, whichever country had the biggest guns had the most power. When the US was the only nation with the bomb we were the only superpower. When Russia developed the bomb, they were the other superpower. At this time nine nations have nuclear weapons, with several more to attain that status soon (including Iran). The whole concept of power, as embodied in the archetype of Pluto, is changing and this will become very clear in the 2010-2013 square of Uranus in Aries to Pluto in Capricorn. The power of Pluto hasn’t lessened one […]

Sorry for the light posting over the past few weeks – I’m out of town this week and feeling quite refreshed and ready to get back to blogging! September 15th brings the New Moon in Virgo which highlights Ceres, the former asteroid which was reclassified in 2005. Ceres represents the nurturing of the body and our connection to our own bodies, and Virgo itself presides over the mundane details that we must attend to when we live in a human body. The food we eat, our personal hygiene, ordering the details of life – these are important qualities that Virgo manages and the inclusion of Ceres here makes this New Moon the perfect time to begin a project of self-care or making changes in the personal ecology of our lives to better support ourselves. Cleaning projects, new systems of managing our time and resources – all of these are highlighted under the Virgo New Moon. It is a mistake to believe that VIrgo is virginal – there is an earthiness and sensuality to Virgo just as with all earth signs.  The key here is to integrate that earthiness with our understanding so that we can gain greater comfort as spiritual beings having a human experience. Ceres aligns in a harmonious trine to Saturn and conflicts in a square to Mercury which sets up an interesting dynamic of comfort combined with stress in this relationship between the body and the spirit that culminates at the New Moon.  With this energetic tension at work in new lunar cycle we can discover new ways of looking at our relationship to the world around us – what it means to be incarnated in the physical reality in which we find ourselves. Mercury is […]

Sunday morning at 11 am Eastern!  Tomorrow’s show, the first in a few weeks due to my bad flu which rendered me voiceless, will be a discussion of the Ceres archetype.  Ever since Ceres was reclassified with Pluto as a dwarf planet (I actually like the original name given to Pluto, Ceres and Eris:  The Plutoids), issues associated with Ceres such as the plight of women around the world and the health of the ecology of the planet have been at the forefront of global awareness.

We’ll be discussing Ceres, and then you’ll have a chance to call in with questions about your own chart if you’re a new caller.  To listen live, click on the player below at or after 11 am Eastern time on Sunday morning the 21st.  If you click on the player before that time you’ll get the last show.  The number to call in, or to listen to the show on your phone, is 646-478-5731.