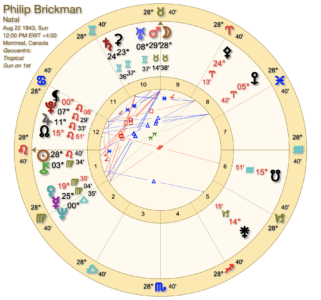 Philip Brickman was born August 22, 1943 in Montreal (no birth time available – the chart shown is for noon that day with the Sun on the ascendant).  Depression shows up in different ways in a chart – there is the heavy hopelessness of Saturn, the deep wounds of abandonment with Chiron, the fear and often abusive history of Pluto.  But one often overlooked astrological […]