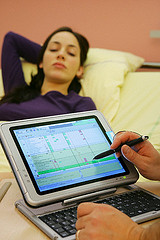 Q: Twenty years ago, I had an attack of shingles in my head.. leaving me with vertigo, deafness, no taste or smell on the left side of my head, paralysis there too, and intellectual deficits. Up until this point, I was a journalist. Afterwards ? Well I had days when I couldn’t remember what side of the envelope the stamp went on. The nerves at the lower end of my spine got involved somehow and though I can walk, etc. I’ve lost functions of elimination… I have to use catheters daily to drain my bladder etc. (I know TMI…) this has been for two years now.. I underwent several tests this summer to try to find out the underlying cause of my physical problems.. and got.. No answers. I’m wondering what to do next ? Is there any light […] 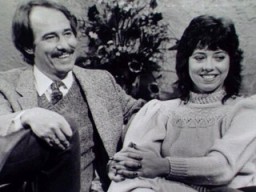 I have to say I am a bit creeped out by Mackenzie Phillips’ admission that she had what amounts to an affair with her father for ten years.  There has been much debate in the news media about whether the affair was rape or not, since Mackenzie reportedly was 19 years old when the initial incident occurred.

Mackenzie is the daughter of John Phillips and his first wife, Susan Adams, but John left the family when he married his second wife, Michelle Phillips, in 1962.  So John was the distant father to Mackenzie, most likely idealized by her and never available.

Her astrological chart shows that she has a Scorpio Sun in tight conjunction to Mars (sexuality and aggression), both of which are squared by Uranus (shock and sudden change).    That Sun/Mars conjunction has a strong sexual component, and the square to Uranus can signify a shocking early trauma, or simply a rebellious nature that relishes the shock value of radical behavior.  In any case, Uranus square the Sun often shows the sudden departure (Uranus) of the father (Sun) that leaves a gaping hole in the life of the individual.

She also has Chiron (wounding and healing) square to the Sun and directly opposite Uranus. The square of Chiron to the Sun reveals the difficulty she has had in developing a sense […] 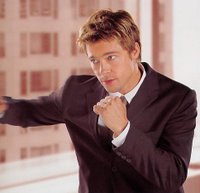 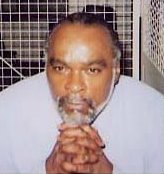 The story of Tookie Williams could be my own.

Tookie Williams and I both came of age during the era where Power to the People was the rallying cry, where women needed men like fish needed bicycles, and where Black Power thrillingly began to free African-Americans from the shackles of slavery and Jim Crow. As a white girl from the New Jersey suburbs I had never met a black person except the women who might clean our house, but when I got to college I found I related to the black girls in my dorm much better than the whites. Angry with my parents, my family, and the world in general, I found myself in comfortable surroundings with the student revolutionary movements.

A shared revolutionary fervor established a kinship between the radical student groups and the Black Panthers, and the repression of black people helped to stir the boiling pot of resentment on college campuses. Bombings of student buildings were discussed, and several of my friends went underground when plots were discovered and were never heard from again. Fortunately, I discovered meditation shortly thereafter which I found to be a superior method of handling my distress and safely retreated from the world of revolutionaries.

While I was discussing bombing buildings, Tookie Williams was organizing the Crips gang out of smaller gangs that were loosely associated with the Black Panthers. In those days there was a strong Robin Hood mentality, that it was ok to steal from the powerful to give to the poor and weak. ( There is some evidence that the CIA sold assault weapons and cocaine to the Crips and Bloods in order to fund the Sandanista movement in Nicaragua. […]