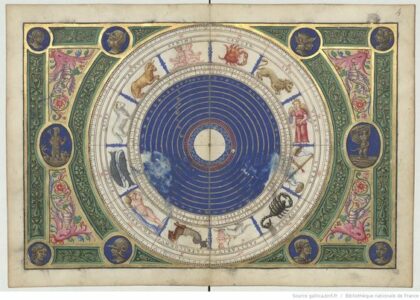 Chiron turns retrograde. Chiron is unlike any other planetary body in the solar system in that it has a cometary tail with the volume and size of a planet. Orbiting between the personal planets, bounded by Saturn, and the outer transformational planets of Uranus, Neptune and Pluto, it acts as a bridge between the personal and transpersonal. By encouraging the healing the soul wounds of this and previous incarnations, Chiron facilitates the growth and evolution of the soul as well as the personality.

When any planet turns retrograde it appears to be stationary in the sky, and this can intensify the experience of anyone whose natal chart is being activated by that planet. Chiron has only traveled one degree in the past two months, and it will take another two months to retrograde back one degree. If you have planets in your own natal chart between 12 and 18 degrees of the cardinal signs (Aries, Libra, Cancer or Capricorn) this may present emotional challenges as undigested feelings and dramas emerge to be released. If you have planets in those degrees of a fire sign (Leo, Aries, Sagittarius) this process of healing and release will be just as important, but since this is a harmonious trine aspect the release will come more easily.

Sun and Mercury both enter Leo this week. Leo is the sign of the Sun – under its auspices we receive the warmth and vitality of its light and heat, and we learn to fully identify with the Self that is given to us for this lifetime. Leo is the ruler of the Sun, and expresses this need to fully express the Self as offered by the […] 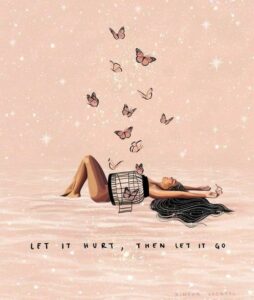 Chiron’s orbit tells an interesting story – most of the time this little planetoid with comet-like properties sandwiches itself between the last of the personal planets, Saturn, and the first of the transpersonal planets, Uranus.  This is significant because in facilitating the healing of psycho-emotional and spiritual wounds that keep us stuck, it assists in the process of transformation. Most of us have developed good coping strategies to deal with any lingering emotional pain, but under Chiron’s tutelage we have to face these areas of trauma and ultimately release them.  This isn’t comfortable, but it is exhilarating as we let go of all that stuck energy!

Today Chiron turns retrograde – not an unusual event since Chiron, like the outer planets, is retrograde approximately half the year.  When Chiron is retrograde its influence is more personal – it’s like having a teacher move into your home.  The process of evolution can be accelerated if your personal chart is being activated by Chiron (any planets between 10-20 degrees of the cardinal signs Aries, Libra, Cancer and Capricorn are affected right now by Chiron).  The key to getting the most out of Chiron events is to learn to relax around the heart, feel the energy of emotion, and leave the story behind. ❤️

Chiron, the planet of wounding and healing, turns retrograde this week.  Any planet about to change direction slows down to a standstill just as a car making a U-turn will do.  If we are experiencing a planetary cycle involving that planet and our own chart, it will be especially powerful when that planet is virtually still, shining a laser beam of energy into our psyche so this can […]

Retrogrades: A discussion for June 2014

As I was writing the Planetary Illuminations report for June (coming soon to an inbox near you if you are on my mailing list!!) I found that the discussion about retrogrades was substantial enough to deserve its own post.

Astrologically is not always astronomically correct because we observe the motion of the planets from our perspective here on earth.  From here, the planets sometimes appear to change direction and move backwards instead of forwards, and we call this “retrograde motion.”

If you think about a car making a U-turn you will get a sense of how the planet works when it prepares to change direction: Its motion slows down and then comes to a standstill as it makes the actual reversal.  When the planet starts to slow down its influence intensifies, especially if that planet is currently affecting planets in our own birthchart, and the energy of that planet becomes hard to ignore.  If it is Saturn, things feel heavy and we feel a great responsibility.  If it is Neptune, we may feel confused and lethargic but also crave music and meditation.

Once a planet turns retrograde, our attention is pulled back to the past.  Retrogrades provide us with an opportunity to revisit areas of our life that require further examination or revision.

The planet Mercury governs communication and learning, as well as other things involving the […]

Neptune and Chiron turn direct, and other planetary news this week

Neptune and Chiron both change direction in a few days after traveling retrograde since earlier this year, which means their (apparent) motion has slowed to a virtual standstill as they prepare to move forward again.  These two have been tied together since early in 2009, and although the exact conjunction was complete in 2010, since then the two have been within three degrees of each other. When the Soul Healer (Chiron) and the Soul Teacher (Neptune) get together, you know there is some serious internal work to be done and we are likely to find that to be true over the next week or so when both planets change their apparent direction (planets don’t really move backwards, but because we observe the movement of the planets from earth they sometimes appear to change direction).

Over the next few days we have another smaller, but still important planetary cycle involving the opposition (180 degrees) of Mars to both Chiron and Neptune.  Mars represents our drive and our desires; it inspires and motivates us to achieve our wishes and dreams.  It’s the aggressive force, and when blocked it can turn angry and frustrated.  Mars is in Leo now where it particularly wants to have its own way and resists losing control, but over the next few days Mars will be opposed by Neptune.

Neptune is the transcendent urge – it inspires us to seek experiences that go beyond the boundaries of our day-to-day reality, and it tends to blur and soften the urges of Mars.  This can be confusing if we are determined to get our way, but if we use this time to seek the wisdom of the soul instead of the ego during this time […]