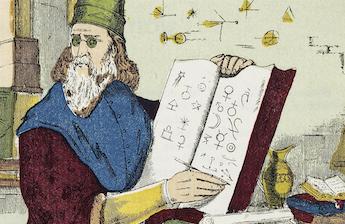 Many years ago I posted a link this article by astrologer Victoria Bazely that mirrors my feelings on this issue EXACTLY!!  Unfortunately the original article has disappeared, but the truth remains.

I have a pet peeve, and like most pet peeves perhaps, it’s a bit hypocritical. My pet peeve is people who use astrology (or anything else really) to support a life run by fear. I’ve read that Nancy Reagan used to consult an astrologer before her husband did anything and wouldn’t let him do things like sign legislation unless an astrologer gave the okay–which meant he sometimes ended up doing things at odd hours like 1:59 a.m. I don’t know if she actually did this, but just reading about it irritates me. It irritates me because it strikes me as operating out of a combination of fear, dependence, and an excessive need for control. . . .

Life happens, and life includes bad, scary, challenging or even exhilarating twists of fate. You can’t control the entire universe with astrology or anything else. Life happened to Ronald and Nancy Reagan, just as it does to everyone else. His presidency had its challenges and its triumphs, just as other presidencies do. If credit is to be given for the success of his presidency, I’d rather give it to a combination of his character, his ideas, and his willingness to act on them. . . .

It’s the same thing when I hear astrologers say things like “don’t get a haircut or buy shoes when the moon is void of course!” Something in me just says “I’ll buy shoes and get a haircut whenever I darn well please. I can’t live my life running around checking to see whether […]

The Mars/Saturn conjunction 2012: how afraid should we be?

clip from the film “Mars Attacks”

Astrologers love to forecast doom and gloom for some reason, and in today’s world of intense energy shifts and change many readers of things astrological tend to filter astrological information through their lens of fear.  I have a mission to dispel this astrological anxiety, and what better time to do this than now.

Mars and Saturn are nearing a conjunction (alignment) in the sky – they will be at the same degree of Libra on August 15th.  Traditional and Vedic astrology consider both Mars and Saturn to be “malefic” – they are seen as promoting danger (Mars) and generally bad things (Saturn).  So when the two come together, this can be perceived as a dangerous time where generally bad things can happen.

Even Richard Nolle, an astrologer I greatly respect, reports in his August forecast “it’s a time to be on the alert for danger due to the haste, recklessness or outright malice of others – including mass shootings and other especially heinous crimes. Be safety-conscious. Steer clear or conflict and danger as best you can.”

There’s no denying that we have seen more than our share of mass shootings over the past few months, but that has had more to do with the alignment of Mars with Uranus and Pluto which began when Mars entered Libra in early July.  Mars represents energy and desire, and when it began to trigger the square between Uranus (rebellion and revolution) and […]

When does the Mayan calendar really end?

(click image to enlarge) The Mayan calendar is usually said to end on December 21, 2012, but that date seems to have little relevance to the actual Mayan calendar, although it has come to bear great mythological significance for the current age.  According to that great source of modern wisdom Wikipedia:

In 1975, the ending of b’ak’tun 13 became the subject of speculation by several New Age authors, who asserted it would correspond with a global “transformation of consciousness”. In Mexico Mystique: The Coming Sixth Age of Consciousness, Frank Waters tied Coe’s original date of December 24, 2011,[d] to astrology and the prophecies of the Hopi,[42] while both José Argüelles (in The Transformative Vision)[43] and Terence McKenna (in The Invisible Landscape)[44][45] discussed the significance of the year 2012, but not a specific day. It was only in 1983, with the publication of Robert J. Sharer‘s revised table of date correlations in the 4th edition of Morley’s The Ancient Maya,[d] that each became convinced that December 21, 2012, had significant meaning. By 1987, the year in which he organized the Harmonic Convergence event, Arguelles was using the date December 21, 2012 in The Mayan Factor: Path Beyond Technology.[46][47] He claimed that on August 13, 3113 BC the Earth began a passage through a “galactic synchronization beam” that emanated from the center of our galaxy, that it would pass through this beam during a period of 5200 tuns (Maya cycles of 360-days each), and that this beam would result in “total synchronization” and “galactic entrainment” of individuals “plugged into the Earth’s electromagnetic battery” by 13.0.0.0.0 (December 21, 2012). He believed that […]

The world has still not ended, but the renewal is at hand

Despite lots of hysteria in some circles over Comet Elenin as a harbinger of doom, and more predictions by evangelical preacher Harold Camping that the world would erupt in flames on October 21st – we are still here.  Comet Elenin broke down into small pieces as it zipped by Earth, and with the disintegration of the comet the theory that Elenin was actually Niburu, the lost planet disintegrated as well.  And Mr. Camping’s prediction that the apocalypse would occur yesterday appears to have been incorrect – for the third time.  Now that is persistence!!

We seem to be in the midst of more “end of the world” hysteria than at any time since the Millenium.  Perhaps this is because as word spreads of the end of the Mayan calendar on the Winter Solstice 2012 it becomes tempting to frame the concept of “the end of the world” in our own reality.  For Christians perhaps it’s the Rapture; for conspiracy theorists it is the return of our brethren from space.  For followers of New Age spirituality it’s Ascension into other dimensions.

There’s no doubt that there is an acceleration of energy as we hurtle more completely into the Age of Aquarius.  The shift of Uranus, ruling electromagnetic energy, into Aries which is so dynamic and initiatory has intensified the experience of human life.  It’s impossible to deny that Something Important is happening on the planet, but the experience is larger than anything we can hold in our human brains.  But still we try.

I could be wrong, but I don’t believe that the world will end on the Winter Solstice next year.  But I do believe that life as we know it, and civilization as we have […]

An article in Yahoo News yesterday was entitled “Solar eclipse pits superstition against science,” but to me there is no better example of the split between traditional Vedic astrologers and “modern” transformational or evolutionary astrologers.  I welcome my Vedic astrologer readers to chime in on this topic and look forward to an interesting discussion.

Indian astrologers are predicting violence and turmoil across the world as a result of this week’s total solar eclipse, which the superstitious and religious view as a sign of potential doom.

But astronomers, scientists and secularists are trying to play down claims of evil portent in connection with Wednesday’s natural spectacle, when the moon will come between the Earth and the sun, completely obscuring the sun.

In Hindu mythology, the two demons Rahu and Ketu are said to “swallow” the sun during eclipses, snuffing out its life-giving light and causing food to become inedible and water undrinkable.

Pregnant women are advised to stay indoors to prevent their babies developing birth defects, while prayers, fasting and ritual bathing, particularly in holy rivers, are encouraged….

In point of fact, the effects of the eclipse ARE likely to be felt more powerfully across India since that is the path of the total eclipse.  Because astrology is so much more accepted in India, there are many more astrologers and many more of them follow the traditional line of thinking.  In the West, astrology was lost for many hundreds of years and when it was reclaimed over the past few hundred years it was able to grow and evolve along with the consciousness of the masses.  It’s interesting to me that Indian astrologers sometimes use this fact to support their claim that Vedic astrology, or Jyotish, is superior to Western astrology.  But as you’ve heard me say a million times, […]