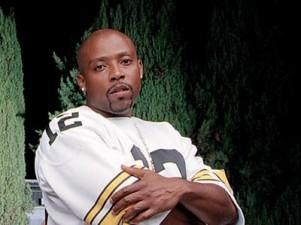 Mr. Dogg also had Saturn, planet of testing and challenge, tightly opposed to his Scorpio Moon which reveals a deep sense of isolation and a propensity towards depression.  That strong Saturn placement also denotes someone who works hard and can be very disciplined at the core. […]

Virginia woman sues over being called a “fortune teller” 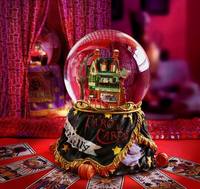 A Chesterfield County woman claims county officials have violated her religious rights by defining her as a fortune teller rather than a spiritual counselor.

U.S. District Court Judge Robert Payne did not immediately rule on the county’s motion to dismiss the lawsuit after a two-hour hearing Thursday.

Patricia Moore-King claims she has been unable to obtain a business license because of the more stringent standards the county imposes on fortune tellers. For example, only fortune tellers are required get the police chief’s permission to operate after submitting five references.

King says her counseling methods employ Tarot, energy healing, astrology and psychic abilities. But she insists in her lawsuit that she’s not a fortune teller because she doesn’t predict the future.

Many states have laws against fortune telling and predicting the future.  The “anti-divination law” in North Carolina, interestingly, exempts fortune telling at church and school social functions:

It shall be unlawful for any person to practice the arts of phrenology, palmistry, clairvoyance, fortune-telling and other crafts of a similar kind in the counties named herein. Any person violating any provision of this section shall be guilty of a Class 2 misdemeanor.

This section shall not prohibit the amateur practice of phrenology, palmistry, fortune-telling or clairvoyance in connection with school or church socials, provided such socials are held in school or church buildings.

In Maryland recently, a judge for that state’s Court of Appeals decided that “fortune telling” was a first amendment right:

“Indeed, fortunetellers, like magicians or horoscope writers, are able to […] 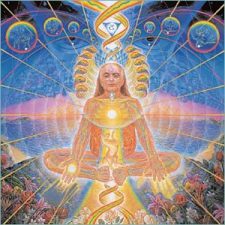 Much has been written about the positive aspects of the combination of Jupiter and Uranus in the chart, and there is no doubt that when these planets come together it is a rockin’ opportunity to open doorways, both in our life and in our own being, that have been stuck closed.  Jupiter is the planet of expansion and good fortune – it can bring pinnacle experiences and a sense of unlimited opportunity.  Uranus is known as the planet of change and sudden surprise, but it is also the instigator of experiences that serve to liberate us from anything that is holding us back – even if it is a prison of our own making.

The first conjunction (joining) of Jupiter and Uranus occured last week  in Aries, and the rest of the cycle takes place in Pisces.   Typically the first phase of a planetary cycle is most intense, because we encounter a new energy which has not yet become assimilated into our experience.  The initial conjunction took place at zero degree Aries, in an exact square to Mars in my own chart.

Those of you who have been reading this blog for a while may remember that my Mars has been hit repeatedly over the past couple of years.  It all began when Pluto entered Capricorn and hit my Mars at zero degrees Cap.  Then last fall, when Saturn entered Libra, it began a series of squares to my Mars.  Now, with Jupiter and Uranus both at zero degrees Aries, they are having a field day with my Mars!