1.23.21 A day of creative inspiration and grounded centering 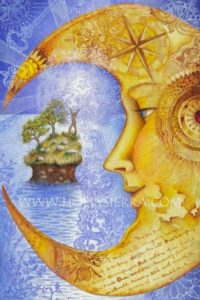 Huzzah!!  With the end of the square from Mars (action and aggression)  to Jupiter (expansion and acceleration), the intense cycle of Mars aspecting Jupiter, Saturn and Uranus over the past few weeks is at an end.  I don’t know about you, but I intend to take a nap. 😀

Today we have a beautiful sextile from Venus (beauty and love) to Neptune (creativity and spirituality) which will help us to slip a little more easily out of the constraints of modern life and bring a little magic into our world.  The Aquarius Sun is illuminating ideas of change and new paradigms, and conjoins Saturn to help us to ground and to bring in a little more practicality and organization.  And to top it off, the Gemini Moon facilitates conversation as it harmonizes with all of the Aquarius planets as well as Chiron to help everything make sense.

Who is the real Stephen Colbert?

Stephen Colbert, political satirist and star of Comedy Central’s show “The Colbert (pronounced Colbear) Report (pronounced Repor) has announced his candidacy for president of the United States. He will be running as both a Democrat and a Republican, a “Favorite Son” candidate in South Carolina. His announcement for candidacy defied any other candidate to pander to South Carolina more than he will:

Stephen Colbert’s astrological chart is a fascinating combination of extremely stressful planetary configurations combined with a series of harmonious ones indicating severe challenge in life combined with great ease and success. He was born with the Sun in Taurus in an exact opposition to Neptune, a signature of an individual who has an excess amount of creativity and a vivid imagination to the point where one’s fantasy life (Neptune) can interfere with one’s sense of reality (Sun). There can be a sense of a loss of self with this placement which is common in the charts of actors who utilize this quality to slip in and out of character. Many comedians have adopted alter egos (just watch Saturday Night Live for a few examples), but Colbert has adopted a duality of his own identity instead as an expression of this Sun/Neptune opposition.

The stabilizing but stubborn Taurus influence has probably been instrumental in keeping Colbert’s feet firmly on the ground. Along with the Sun, Colbert’s chart shows Jupiter (good fortune), Mars (aggression) and Mercury (communication) in a fairly tight conjunction in Taurus, the sign of perseverance and security. Jupiter in Taurus requires a solid base from which to explore one’s life, there is a need for beauty and comfort in one’s surroundings as well as a natural gift for accumulating wealth. Mars […]