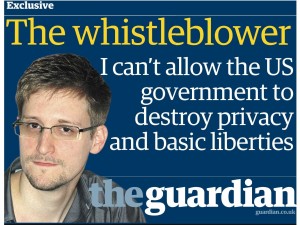 Snowden’s chart shows a strong Gemini influence, with not only the Sun in Gemini (at 29 degrees, an important factor we will discuss later); but also a triple or quadruple whammy involving the ascendant (Gemini ascendant, ruled by Mercury, conjoined by Mercury which is in Gemini, ruled by Mercury). […]

The mystery of this Sagittarius eclipse, May 25 2013

Art by Jo-Anne Mason, from the Savannah Gallery.  Coming off of the intensity of the third Uranus/Pluto square, this Full Moon eclipse is less powerful than the solar eclipse at the New Moon for a variety of reasons.  As an eclipse it is fairly week because the lunar nodes are 23 degrees from the lunation (the Sun and Moon), and in different signs.  The proximity from the lunar nodes to the Sun and Moon are what typically creates an eclipse, and the tighter the connection of the nodes to the lunation, the more intense the astrological effect will be.

This Full Moon is rather weak as an eclipse.  But it still packs the punch of a Full Moon in terms of illuminating the spaces of our interior consciousness and awareness.

As with all Full Moons, we have the Sun and Moon in opposition to each other, in signs that are polar opposites.  Typically that creates a great deal of tension which is why Full Moons can be so intense, but the Sagitarius/Gemini polarity embodies the least amount of stress of any of the zodiac polarities, so the Full Moons in these signs carry the potential for easier integration. The Moon is in Sagittarius now and the Sun in Gemini – both signs crave the freedom to pursue an ideal and gain greater understanding of the world. This is a time to set aside petty annoyances and allow ourselves the freedom to pursue our dreams.

Four planets are in communicative Gemini during this Full Moon, including a tight conjunction of Venus (beauty), Mercury (mind) and Jupiter (expansion and confidence), so the emphasis on transmission of ideas is heightened. This is not a particularly positive time for […]