This formation was discovered on August 28 1998 by John Mirehiel using a software program called Astrolog and looks very much like this diagram. He named this alignment the “Harmonic Concordance.” You can see the two intersecting triangles in blue, the three interior oppositions in red, and the hegaxon in green, all bordered by the circular ecliptic of the zodiac. This is an exceptionally unusual formation that is filled with symbolism of the mystery schools. The interlocking grand trines that form the six-pointed […]

I have been writing about the Grand Trine in Water that is in effect for much of this year, and at the end of the month a Grand Trine in Earth will intersect with the Water Trine and form a Star of David, or Grand Trine.

The Harmonic Concordance occurred at a total eclipse of the Moon which we don’t see here, but otherwise they are similar patterns.

They are also similar to a configuration that could be the actual Star of Bethehem: a heliocentric alignment of planets forming a Star of David in the year 5 bce.  Jesus of course was said to be born under the Star of Bethlehem and his legend involves him being a direct descendant of David.

The Symbolism of the Star of David or Solomon’s Seal

The Star of David (also called the Seal of Solomon) has been an esoteric symbol for thousands of years.  In India it was a tantric symbol called the “Satkana Yantra” and represented complete balance between Shiva and Shakti, the divine masculine and divine feminine.  Alain Danielou, in the book “The Gods of India,” writes: […] 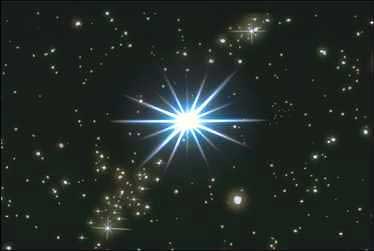