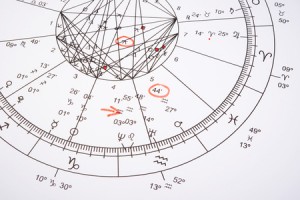 Many astrologers are hard at work trying to predict the outcome of the election.  Over the past year astrologers have come out in favor of both candidates for a variety of reasons.  My personal feeling is that when astrologers attempt to predict the future and fail it gives the noble field of astrology a bad rap, when the fault is not in the astrology but in the fact that the future cannot be accurately predicted.

An accurate astrological reading is dependent upon accurate data.  We can glean a great deal of information just from a birthdate, as I typically do with my profiles on this blog where a time of birth is not available.  But an accurate time of birth sets up the structure of the chart – it shows the rising sign (persona) and the Midheaven (career) and describes the houses in which each planet lives and plots a general plan for our lives.

We have an accurate birth time for Donald Trump because his actual birth certificate was posted online.  But Hillary Clinton has not produced a birth certificate, not surprising given her four planets in Scorpio and her Scorpionic penchant for secrecy and to keep her cards hidden in the game of politics.

Numerous birth times have been provided for Clinton.  The most commonly used time until recently was 8 pm which would put her ascendant in the late degrees of Gemini, almost in Cancer.  A rounded off birth time such as 8 pm is nearly always somewhat incorrect, usually early, and I always felt that a birth time even 10 minutes later with Cancer on the ascendant was a  better fit.  Cancer rising […]