Indian Court rules that astrology is a science 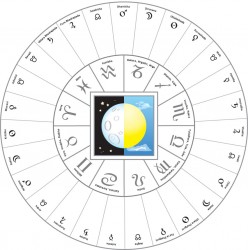 Here’s why I love India:

The judgment will be met with relief in India, where engagements are decided, wedding and election dates are chosen on the basis of detailed charts drawn up by revered astrologers. A day deemed “auspicious” by an astrologer can lead to thousands of weddings and traffic gridlock.
For years it has been dismissed by the world’s scientists, but according to the Bombay High Court astrologers are officially their colleagues.
The ruling was made in a case brought by a campaign group, Janhit Manch, which sought a ruling against practitioners of “tantric” black magic and “fake” astrologers. Their “work” should be prohibited by India’s Drugs and Megical Remedies Act (Objectionable Advertisements) Act, 1954 which bans false claims in advertisements.
The judges rejected the application, however, relying on an affidavit by Dr R Ramakrishna, a government deputy drug controller, who said: “The Act does not cover astrology and related sciences. Astrology is a trusted science and is being practised for over 4000 years.”

This article goes on to deride astrology because of the failure of one astrologer to make accurate predictions.  Just because astrology is a science, doesn’t mean that it can predict the future any more than other scientific fields can.
[related_posts limit=”5″ image=”50″]
Share this article...
By Lynn Hayes|2011-02-16T06:06:45-05:00February 16th, 2011|Astrology in the news|Comments Off on Indian Court rules that astrology is a science
Read More

“Astro-scanning” to be used in Indian law school

“[A]strology will be used as a effective tool for personality development of law students. Ram Manohar Lohiya National Law University is about to prepare astrological profile (database) of students.

Why? Planet has [sic] a lot to do in making of your personality. With the help of astro scanning, we can identify position of planet of students. On the basis of findings, students would be advised to perform certain things, which will bring positive change in their personality, said Prof Balraj Chauhan, the vice chancellor.

After having successfully done the Psychological mapping of students, Law University has taken a leap in instilling X-factor among the aspiring lawyers. Chauhan said that university plans to club both the psychological mapping and astro scanning of the students. Both cannot be looked in isolation.