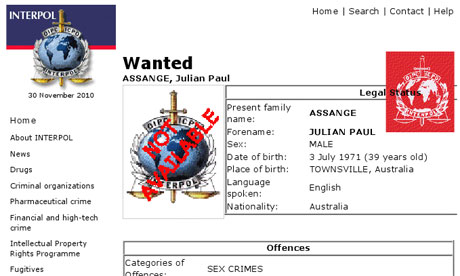 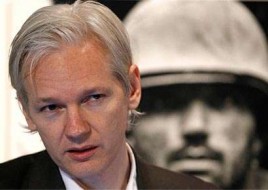 Julian Assange is the head of the Wikileaks website, the site that recently participated in the biggest intel leak in history just as the Cardinal planetary drama was unfolding this summer.  (This very blog was featured on the Wikileaks website last year as one of the sites being censored by the Australian government).

Assange is a fascinating character that I would love to profile, but he has not revealed his birthdate to anyone.  We only know the year of his birth (1971) and I couldn’t find any verification or source even for that.  One article says that Assange quotes his year of birth as being “in the 1970s” because he wants to “keep the bastards guessing.”

The dramatic story of the life of Julian Assange is a fascinating one.  After his mother’s second divorce he was taken into hiding for five years.  He moved “several dozen” times in his childhood and studied science and math at several colleges and universities but never obtained a degree.  In his teens he was a computer hacker as a member of a group called “International Subversives” which was the subject of a raid in 1991.

As a journalist (Jupiter) he has dedicated his life to exposing the secrets of others, but he is remarkably secretive himself (Pluto/Scorpio).  Much of what is written about Assange’s childhood actually comes from a book called Underground about a hacker named Mendax.  Assange was listed as a researcher for the book.  (Source here.)  Mendax/Assange never knew his father and was shuttled around Australia trying to escape her second husband.  Wikipedia reports that Assange moved two dozen times as a child.