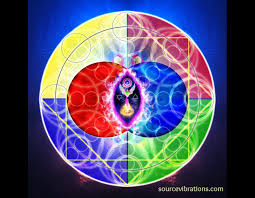 In April, a big lineup of planets in cardinal signs of action have created stress and tension with opportunities for release and transformation.  Transformation is not always easy, and the tension of the grand cross can bring conflict and crisis.  Sometimes the intensity is more than certain individuals can bear, and we see this play out in the news.

Mars, planet of aggression, has been traveling retrograde where it is dredging up old resentments and because it is traveling so slowly, its influence is stronger and lasts for a longer period of time.

Jupiter, planet of expansion and opportunity, is in Cancer where it is opening the heart and revealing our emotional sensitivity.

We are also dealing with Pluto, planet of death and rebirth, in Capricorn, an earth sign.  I have long predicted that when Pluto entered Capricorn we would see an abundance of earthquakes and earth changes, especially when Pluto aligned in a square (90 degree) aspect to Uranus.  Uranus is the planet that causes disruption and awakens change.

Yesterday the Moon entered the already tense Grand Cross, making a total of five planets and luminaries locked in this tight alignment.  Yet one day later, the world is still turning on its axis and not much has changed.

We have had difficult planetary alignments since 2008, and most intensively since 2011.  Many of us are becoming accustomed to this new degree of intensity, so a few days of heightened magnetism does not cause great distress.  It is generally at the beginning of these periods, when the new energies are just beginning to enter our consciousness, that we find them most difficult to manage.

The Watery Grand Trine of 2013 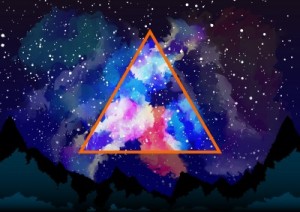 A Grand Trine occurs when three (or more) planets form a triangle and is generally thought to be a harmonious alignment. Trines work well together – they support each other and create ease but can also inspire laziness and complacency.  For this reason Grand Trines work best when combined with the more stressful aspects (such as squares and oppositions).  People generally think of trines as “good” and the stressful aspects as “bad,” but it’s the challenging aspects that motivate and strengthen.  Trines can encourage weakness and self-indulgence without the added balance of a more stressful influence.

A Grand Trine in water began in June and will be in effect for the entire year.  The primary planets involved are Jupiter (expansion and meaning), Saturn (restriction and structure) and Neptune (inspiration and spirituality).  Jupiter and Neptune together govern the spiritual life – Jupiter seeks meaning and encourages us to discover belief systems that give our life meaning, and Neptune inspires us to experience divinity first-hand through creative expression and spiritual bliss.  Saturn grounds these lofty matters into reality and requires that we take concrete steps towards spiritual growth.

Jupiter is in Cancer (I promise to have my article up soon!), Saturn in Scorpio and Neptune in Pisces, all water signs which emphasize the feelings and emotions.  Jupiter and Neptune tend to bring out the weakness of the Grand Trine since Jupiter is all about feeling good and Neptune seeks the path of least resistance in its journey towards cosmic bliss.  Saturn holds down the fort, grounding and requesting that we create structure in the journey towards comfort and relaxation.