Jupiter in Libra 2016-2017 brings blessings of beauty and love 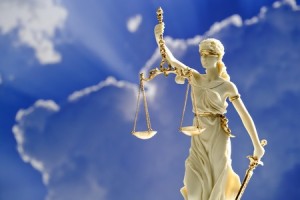 Jupiter moved from the detail-oriented mental sign of Virgo into the relationship-oriented sign of Libra on September 9th 2016 and will remain in that sign until October 20th 2017.

Jupiter is the biggest planet in our solar system – filled with expansive gases and generating twice as much energy as it receives from the Sun, it is a powerful influence that demands attention.  Everything about Jupiter is big.  It has more moons than any other planet in the solar system (60!) including Ganymede, the solar system’s largest moon.  It has the strongest gravity of any solar system planet, and a faster rotational speed.

Jupiter has sufficient mass and power that it was almost a star – just as the astrological Jupiter is in some ways like a second Sun.  We must honor the energy of the Sun in our charts to feel nourished and alive; we must honor the energy of Jupiter to feel whole and to give our lives meaning.  Jupiter is called the “greater benefic” –  inspires confidence and faith, it inspires us to expand the boundaries of our mind to break down limitations and gain greater understanding. It can bring good luck and good fortune and so can Venus, the “lesser benefic” and ruler of Libra, so the next year offers the potential for expansion and great positivity in our lives.

Libra is the sign of balance, harmony and justice.  While it is known as the sign of lovers and relationships, that association is not like the water element which promotes emotional connection but more of an intellectual idea.  The Libra focus on relationships asks “How can […]