Astrological update for the week of January 18, 2021: Inauguration astrology, a lot of Mars, and heads up for Mercury retrograde

Today’s video is not political! And I’m very relieved that the weekend did not turn out to be the chaotic disruption that was promised after January 6th so I’m hopeful for a smooth presidential transition this week after the inauguration.  However, I do spend a few minutes talking about the chart for the inauguration, as well as some thoughts for how to manage these challenging times. Mercury will turn retrograde on January 30th so we might as well start to prepare now as the speed of Mercury begins to slow down.  Transcript follows the promo material.

Transcript (transcribed by electronic monsters and roughly edited by me, please forgive errors)

Hey everybody, it’s Lynn Hayes here. Welcome back to another video. And if you’re new here, a special welcome to you as well, especially to my Facebook friends who joined me this week, there was a big group of them that all signed up. So I really appreciate your being here and look forward to sharing more videos with you.

We’re living in very interesting times right now. And just to recap a little bit last year, we had a lot of compression and restriction under a big influence of Capricorn. This year, we are moving into Aquarius and also a square from Saturn to Uranus, Saturn, the planet of restriction Uranus being the planet of radical change, radical revolution, and Jupiter, the planet of freedom is also tied in there. It’s not surprising then that there’s a fair […] 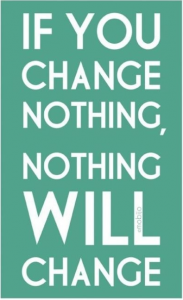 Although there is only one phase of this alignment, it’s an important one because we are shifting from a Capricornian period into one dominated by Aquarius, its two rulers Saturn and Uranus, and Jupiter. In mythology this was a patriarchal lineage that required dramatic changes and likely spoke to the cultural upheaval occurring in Greece at the time.  In any event, the exact alignment from Jupiter to Uranus occurs on January 17th at 5:49 pm EST but its effect will linger for a couple of weeks and will be amplified by connections from Mars, planet of action and anger.

There’s not much we can do about the Inauguration on the 20th, which is certainly affected by the intensity of this alignment which acts as a portal for letting go of anything that is not working.  But its influence in our own lives can be momentous.  Change is easier for some of us than for others – it requires a great deal of trust that the change will in fact be beneficial.  For many of us the old is familiar and feels safe – even though it may be horrific, it is what we know.  It is exactly  these situations that this kind of planetary cycle is intended for – to force us, despite our desperate attempts to cling to the rotting fabric of the past, to move forward into a brighter future. 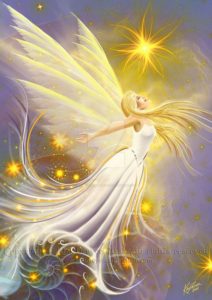 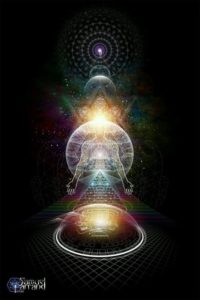 Mars may have left Aries, but it is pretty busy this week.  Mars (aggression) squares Saturn (repression) today as the Sun approaches a conjunction to Pluto (intensity), and over the week Mars will act as a flare for the challenging square from Jupiter (expansion) to Uranus (revolution).  If you’re thinking that doesn’t sound like a great planetary climate for insurrection and the breakdown of government in the United States (Pluto in Capricorn returning to its place in the US chart), you would be correct.  I say this not to frighten anyone, but being prepared, I think, is always a good thing.

That said, unless you’re a member of the US Congress, this planetary excitement can actually be a positive thing – all of this fire for change can help us to break through personal barriers and achieve a kind of personal activation.  Today’s square from Mars to Saturn can help us to focus if we don’t resist the need for concentration.  We can use today’s conjunction from the Sun to Pluto to probe deeply into any subject with which we are involved.  We can use the upcoming square from Jupiter to Uranus to observe more fully where we are dissatisfied with the status quo of our lives and see the greater possibilities that are available to us.  Let’s make that a theme for this week, and see where it takes us! ❤️

This New Moon is packed with intensity and powerful planetary alignments that can give us a real boost in our efforts to focus and create.  First of all, the Sun and Moon are tightly conjunct Pluto – planet of creative destruction and regeneration.  So while we are planning and setting Capricornian goals, Pluto is blowing up whatever we plan that doesn’t serve ourselves or the higher good.  When we are aligned in integrity and focus, Pluto can be an ally in the march towards material success and worldly achievement, both worthy Capricornian aims.  But the presence of Pluto in the New Moon chart suggests that we may need to let go of something in order to rebuild something better in its place.

The Sun, Moon and Pluto are all locked in a challenging square to the new planet Eris, planet of discord so there are certain to be some events that seem to come out of nowhere and disrupt the plan.  A triple conjunction of Saturn (regulation), Jupiter (freedom) and Mercury (thought) in Aquarius is downloading new data into the global consciousness to facilitate our transition into the new energies that are transforming the human race as we forge the transition into the Age of Aquarius, and this triple […]