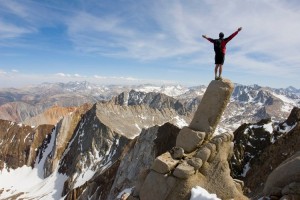 One of my quarterly clients was very excited to begin the new year back in January. The astrological forecast looked great, with lots of positive transits of Jupiter and Uranus, and very little difficulty. Over the year she has reported a personal expansion, with a greater ability to define and develop herself in her relationships and in the rest of her life. Still, she has been disappointed in the business side of things this year. Although we worked on Visioncrafting in the January session to manifest certain things this year, she had not religiously followed the program, and she was disappointed that her financial picture was down from the previous year.

Most of us are familiar with the hard work that comes from challenging planetary cycles that force us to let go of aspects of our life that aren’t working, or cause us emotional and sometimes physical pain. We look forward to times of harmonious transits as being periods in which we can just relax and good things will come to us. This is certainly true, because harmonious transits (especially of Jupiter and Uranus, the two planets that seek liberation and expansion) will open doors for us. But unless we are clear in our intention, our higher self will generally guide us to an inner liberation rather than automatically improve the financials of our business.

In the case of my client, she works in an industry that has been hard hit this year by the financial downturn but she and I expected that the positive transits would carry her through with more ease and grace than she has experienced this year. But I am convinced that Jupiter can take us only so far, and that while it will […]

With the furor over gay marriage and health care reform taking precedence over the past few years, the battle over abortion has faded into the backdrop of American society.  But just as the conjunction of Chiron and Neptune is culminating, the murder of one of the few doctors who performed late term abortions as he worshipped in his church is bringing the abortion discussion back into the public consciousness.

Jupiter is the planet that gives us the desire to play God.  Jupiter, you may remember, was King of the Gods, and his exuberance and confidence often gives us the feeling that we ARE King of the Gods.  Jupiter is the planet of righteousness and judgement; the dispenser of laws and the creator of theology.  In the Judeo-Christian mythology, Jupiter is Yahweh, the harsh god of justice, where Neptune is Jesus, the god of compassion and love. (The original Jesus bears very little resemblance to the Jesus of the militant right wing and Christian terrorists.)

The addition of Jupiter to the Chiron/Neptune mix is very visible in the murder of George Tiller on May 31st. The Chiron/Neptune conjunction is reaching down into the soul and exposing old wounds so that they can be healed, and this can happen on a global level, a national level, a family level and as individuals.

Tiller’s murderer, Scott Roeder (born 2/25/58, Merriam Kansas, time unknown) was a member of several anti-government and militant anti-abortion groups.  Those who knew him said that he believed murder to protect the unborn was justifiable homicide.  Roeder’s birthchart shows the Sun conjunct Mercury in sensitive Pisces.  Pisces is known as the sign of the Saint and the Sinner, because its tendency to blur the boundaries of reality can be channeled into a spiritual life or a life of escapism.

Vladmir Putin claims a moral right to stay in power

Vladmir Putin announced today that he had a moral right to continue to wield influence in Russia. It has long been suspected that he would take steps to stay in power after his term as president runs out next year, and to many these words are confirmation of that intention.

Though Vladmir Putin (see Astrodatabank birthchart) is a Libra with four planets in that sign of harmony and beauty, the intense sign of Scorpio is rising in his chart. Scorpio is ruled by Pluto, and Pluto is concerned with matters of power. Pluto in Putin’s chart is prominently placed at the Midheaven, the highest point in the chart that reveals our highest aspirations and goals, so it is clear that for Putin, the desire for power is a guiding force that motivates his career and his life.

The Libran influence is made even stronger by the placement of Venus, Libra’s ruler, in the first house of personal identity. Venus shows a facility with personal relationships and in Scorpio there is a charisma with a sexual undertone that is clearly visible to the casual observer from its placement in the first house. Jupiter in Taurus (ruled by Venus) in the seventh house of partnership and open enemies (also ruled by Venus) expands this Venusian theme, and the fact that Jupiter is opposite Venus provides yet another Venusian signature. This guy is as lucky as you can get, but Venus is not all sweetness and light. Venus can also be self-indulgent, especially when opposed by Jupiter in Taurus, greedy and fickle, and in her form of Aphrodite she was legendary for the wrath that she exhibited to those who failed to worship her.

The combination of Libra and Scorpio is a potent […]