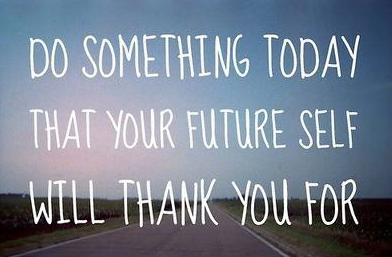 This week marks the final phase of the trine formation between Jupiter and Saturn that began in July 2013, peaked in December 2013, and is now waning and will soon disappear.

Throughout most of 2013 Jupiter (in Cancer) and Saturn (in Scorpio) were part of a Grand Trine in water planets that included Neptune in Pisces.  The trine formation looks like a big triangle and is considered one of the softer aspects which provide support and harmony, something which has been much needed in the midst of the stressful pressures of Uranus and Pluto, the planets of radical change and deep transformation.

Jupiter inspires us to expand and experience confidence – to reach beyond the limits of that which we think is possible.  Saturn sets those limits and encourages us to set goals for ourselves and strive for certain objectives which will help us to achieve success in mastering the material world.  When these two planets align in harmony there is literally nothing that we cannot do.

Over the next week as this alignment peaks in its power, work with your creative self to sharpen your image of how you would like your life to unfold.  Then use the faith and confidence of Jupiter and Saturn’s discipline and focus to take the steps required to lead you into this emboldened future.

The qualities of Jupiter and Saturn are diametrically opposed to each other, but an integration of the two is absolutely essential for successfully surviving on Planet Earth.

Jupiter represents the principle of expansion and the seeking of experiences that imbue our life with meaning.  Jupiter teaches confidence and openness and inspires a quest for philosophies and religions that appear to us as truth.  Saturn counters the expansion of Jupiter with contraction – Saturn requires that we apply limits to our freedom and plants the seeds of self-doubt so that we will apply ourselves with rigorous discipline and face the challenges that human experience brings to teach us the lessons we need to learn here in the Earth School.  Saturn establishes boundaries and limits, and Jupiter seeks to go beyond those limits and boundaries.

When Jupiter and Saturn are in challenging alignments in the natal chart or in the sky, there is stress between our sense of confidence and our ability to create good fortune for ourselves (Jupiter) and the need to buckle down and work hard to accomplish ones goals (Saturn).  Currently we are in a harmonious cycle between Jupiter and Saturn, a cycle which began in July of 2013.  When Jupiter and Saturn align in friendship, we begin to see that the harder we work (Saturn) the lucker we get (Jupiter).  The two fit together more naturally – the confidence of Jupiter inspires more hard work and realistic attitudes encouraged by Saturn.

Linea posted a link to my article from December on the Jupiter/Saturn trine, reminding me that the first phase of this cycle is coming up on the 20th and we are definitely under its effect. If it’s not too weird, I’ll quote myself rather than post the link to make it easier on you, dear readers.

Jupiter takes roughly a year to go through each sign of the zodiac, and it will remain in Capricorn until January of 2009. As it does so it will make three trines to Saturn, the ruler of Capricorn. Saturn and Capricorn take us to the highest levels of practical awareness; they provide the structure and discipline that is required to build a life of achievement and success. Saturn will also be trine to Pluto several times which will bring even more structure to the chaos that has prevailed over the past couple of years and foster an environment that can bring success as Pluto’s transformative urge combines with Saturn’s patience and planning.

Jupiter is the planet of optimism and faith – it teaches us to expand our horizons and to learn the value of positive thinking. Under Jupiter’s influence we gain new confidence and the ability to trust that life is carrying us in just the right direction. When poorly aspected, Jupiter can inflict a reckless and overconfident approach to life but the Jupiter cycles we are seeing over the next year are largely positive.

As Jupiter makes its way through Capricorn we will see the melding of Jupiter’s optimism with Capricornian practicality, resulting in a more reasoned approach to all things Jupiterian: the media, religion, culture, and travel. From the relentless optimism of Pluto in Sagittarius era, we are moving into a much more conservative and contracted time with Pluto’s entry into […] 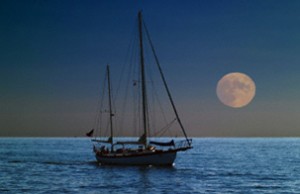 From Skywatch for May, posted this morning:

There are two Full Moons in May, the first of which is on May 2 at 6:10 am EST in Scorpio. Scorpio is the sign of intensity and passion, the impulse that pulls us into the deepest part of our soul and forces us to experience life in the most profound way possible. The Full Moon occurs when the Moon opposes the Sun, and although the Sun illuminates the Moon it is the lunar consciousness that prevails. Emotions run higher during the Full Moon, and we have greater access to the underworld of our psyche with the Full Moon in Scorpio.

This Full Moon incorporates a conjunction of Mercury to the Sun, suggesting that our emotions will be at odds with our thoughts and mental functioning during this period. There is also a square to Chiron which opens up doorways for old wounds that we thought were healed long ago to surface and remind us that we are not yet completely healed. A wide square to the Full Moon opposition from Saturn hints that we may find ourselves feeling isolated and alone as we face the wounds from our past that Chiron presents. This is a good time for introspection and personal work, and the inclusion of Mercury suggests that journaling or talking to a friend can be quite productive now.

Mercury is approaching a square to Chiron now that culminates on May 4 and we are likely to continue feeling the effects of Chiron’s efforts to promote healing of our mental faculties by clearing out the old wounds that we harbor within us. Fortunately, harmonious aspects from Mercury to Saturn and Uranus aid us in achieving stability (Saturn) and offering insights (Uranus) that […]

The Jupiter influence: A look ahead at 2007

Jupiter and Saturn have been moving into a trine in the fire element over the past couple of weeks, and this aspect will be exact tomorrow (March 16th). Jupiter is slowing down now and making a “station” as it prepares to turn retrograde in early April. Saturn’s motion has also slowed down as it prepares to turn direct in late April, and meanwhile the two planets will be within a degree of aspect until the second phase of the trine on May 6. The Jupiter/Saturn trine cycle will end next January in 2008, but by then both Jupiter and Saturn will have moved into the earth element which will alter the effect of the relationship between them.

Trines are not often very noticeable because they are easy and comfortable and we tend not to notice our lives until we are presented with difficulty. The energy between the planets flows easily and provides opportunity for the expression of each planet to be enhanced by the other. Jupiter is expansive and optimistic where Saturn is disciplined and works hard to achieve its goals, so the two combined are a very beneficial force for manifesting wonderful changes in our lives.

Saturn is an earthy planet and Jupiter a fiery one, and while they are trine in fire it is Jupiter which is the teacher, bestowing on Saturn the more Jupiterian qualities of inspiration, vision, and optimism which enables Saturn’s discipline and “nose to the grindstone” mentality to find a more expansive expression. When Jupiter and Saturn move into earth signs (Saturn into Virgo in October and Jupiter into Capricorn in December) , Saturn will become the teacher and add a dose of practicality and planning to Jupiter’s sometimes overblown confidence and tendency to take life a little too easily.