Farewell to the Chiron/Neptune conjunction 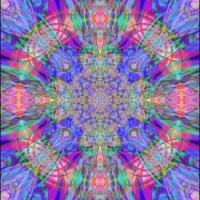 Although Chiron and Neptune only have made one exact conjunction during the past two years (it occurred on February 17, 2010), they have been within a few degrees of each other for this entire time.  They are still about as close as you can get without being exactly conjunct, about six minutes of arc apart.  But having just changed direction to move forward after a long retrograde period, they will begin to separate.

Chiron and Neptune both operate on the level of the soul; neither planet is very concerned with supporting the ego or the personality.  Chiron’s work is to clear the emotional debris of past experiences by awakening dormant emotions and forging new energetic pathways of healing.  Neptune’s role is in dissolving the ground upon which we rely so that we will awaken to a higher expression of the Self.  I like to call Chiron the “Soul Healer” and Neptune the “Soul Teacher,” so under these two planets we have been inspired/urged/forced to address deeper matters in our lives.

This has been particularly true for those of us in our 50s who have Pluto in the later degrees of Leo.  Chiron and Neptune have been opposite Pluto in these charts, instilling a sense of urgency in healing the wounds of the past.  I have been able to watch the process of the Chiron/Neptune conjunction in the experiences of my clients.  Back in early 2009, when the conjunction first began to align (peaking in April through July when Jupiter was involved as well) clients of all ages  were reporting intense experiences of grief and mourning as old wounds resurfaced, seemingly out of nowhere.   As Chiron and Neptune continued their dance, the intensity of the emotional […] 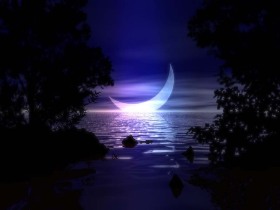 For the next few weeks with Mercury in its own sign of Gemini the mental realm is activated, helping ideas to flow smoothly and aiding our ability to adapt to new circumstances. This process is facilitated by the Gemini New Moon on June 12th. The New Moon phase offers an opportunity for a new beginning, and in Gemini this opportunity takes us into the mental realm where we experiment with new ideas and ways of living our life before actually manifesting these ideas into form.
Gemini is the sign that is associated with the mind, but it also has to do with accepting a wide variety of ideas and experimenting with many different kinds of experiences.  Gemini is wide open – everything is considered to have value for its own sake, and there is a keen desire to learn about many things.
The Gemini New Moon is the perfect time to set aside our prejudices and look at our world through new eyes.  What can we learn about the ideas of others; what changes can we make in our lives to give us more flexibility and make it easier to adapt to change.
This New Moon is squared by Saturn, the Lord of Form and Structure, suggesting that there will be some struggle at this New Moon to reconcile the practical aspects of the thought forms we create at this time.  But a harmonious sextile from Venus to Saturn helps us to link the creative force within us (Venus) to our desire to achieve and manifest (Saturn), and a harmonious sextile from Neptune to Ceres can reveal more completely the thread between our spiritual world (Neptune) and the world around us (Ceres).
The […]
Share this article...
By Lynn Hayes|2010-06-11T08:13:15-04:00June 11th, 2010|Moon|Comments Off on New Moon in Gemini, June 12 2010
Read More

With all of this fiery energy of the conjunction between Jupiter and Uranus in Aries, we can use a nice grounding influence to help stabilize things and make it easier for us to keep our feet in the grounds.  Enter Mars in Virgo!  Mars moved into Virgo in the wee hours of the (EDT) morning, encouraging organization and attention to details.

Enthusiasm and inspiration (Jupiter and Uranus) can only go so far without a plan of action and the discipline to carry it out, so Mars in Virgo can provide us with a great tool if we take advantage of it!

The significance of the recent Jupiter impact

Astrologers everywhere have noted with glee that as Jupiter approached its exact conjunction to Uranus, Jupiter was struck by a bit of cosmic debris or an asteroid.  Uranus relates to surprising or shocking events, potentially resulting in a dramatic change.

The event occurred on June 3, 2010, at 20:31 GMT and produced a large fireball that was observed by several amateur astronomers.  The conjunction between Jupiter and Uranus occurs in Aries, the cardinal and arguably most fiery of the fire signs.

Jupiter began changing as the conjunction to Uranus began to approach, including losing its stripe.

The impact on Jupiter is not likely to have any significant or measurable astrological effect, but the synchronicity of the event is startling!

Diane on Jupiter-Uranus colliding with Saturn-Pluto this summer

I return from my trip today!

Diane Lang, the Libra seeking balance (from the blog of the same name) writes:

On June 10, 2010 in Washington State where I live, a much tougher law regarding cell phone use when driving goes into effect and I see it as an excellent example of the Jupiter-Uranus conjunction in Aries smacking into Pluto in Capricorn. This law allows anyone using a cell phone while driving to be ticketed to the tune of $124 and the cops have already given notice they will NOT be handing out warnings either.

The group most likely to ignore the hazards of texting or talking on a cell phone while driving are young and male – and a pretty good fit for Jupiter conjoined Uranus in the masculine, fire sign of Aries. They tend to be convinced they are both immortal and consider themselves capable of driving with all kinds of distractions. Me, I’m over sixty, female and KNOW it is a very bad idea to do anything but pay strict attention to my driving. Heh, I have to be on high alert watching out for all those young, distracted drivers . . .

read more here… Jupiter and Uranus in Aries certainly are indicators of reckless driving.  This is a good reminder for me to put the phone away!