Sunday inspiration for the Leo Moon 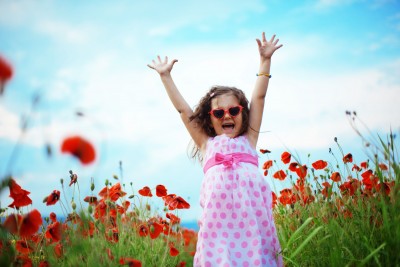 The Moon enters Leo this Sunday morning April 1st.  Leo is the sign that teaches us to find joy amidst the pathos of everyday life, and celebrate life and our own unique individuality at every moment.

To laugh often and much; to win the respect of intelligent people and the affection of children; to earn the appreciation of honest critics and to endure the betrayal of false friends; to appreciate beauty; to find the best in others; to leave the world a bit better whether by a healthy child, a garden patch or a redeemed social condition; to know even one life has breathed easier because you have lived. This is to have succeeded. 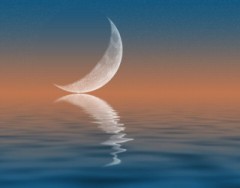 The New Moon occurs in Leo on August 9th at 11:08 pm (Eastern time).  The lunation itself (the Sun/Moon conjunction) makes no aspects to any other planet, which suggests that the power of self-expression can act forcefully, unencumbered by any other influence. This is a wonderful time to start a new creative venture, or a program to market your business. Anything that puts YOU on center stage is appropriate with this New Moon.

Leo is about celebration and joy, but there is a dark side as well.  On the Astrodynamics Facebook page, when the Moon went into Leo I wrote “It’s all about ME now.”  A reader responded, “”You’d think, with leo sun, leo asc, leo mars, leo uranus & leo in my 2nd house I’d love it when it’s all about me. But I don’t. This whole day has had me feeling trancelike, lost, sad and sort of pointless.”  Reading this I pondered the way in which Leo’s focus on Self can make us self-involved and cause us to lose sight of the Flow, and sure enough this reader later added:   After thinking about it some more last night, it seems to me I actually WAS making it all about me, even if it wasn’t positive/power/confident thinking, I still was pointedly aware of myself all day.”

Everything astrological has both a positive and negative manifestation.  We like to think of Leo as representing the celebration of life; the Divine Child whose innocence and joy lights up the path of everyone that surrounds him or her.  But the dark side of Leo is Self-involvement and egocentricity.   In this New Moon the power of the conscious mind (Sun) and the instinctive emotions (Moon) combine […]

To Americans in the Heartland, Rudolph Giuliani was the mayor who led the people of New York through the difficult days after September 11 2001. While the President read a storybook to children and the Vice President fled into a bunker, Rudy Giuliani was the leader that all eyes turned to. To many New Yorkers, however, Giuliani was an arrogant and imperious mayor, who reduced crime by increasing police brutality and ironically failed to protect the city during the September 11 terrorist attacks by locating the Office of Emergency Management inside the World Trade Center, a move much criticized because of the previous attack against the World Trade Center. And few will soon forget the scandal over his announcement at a press conference that he was leaving his wife Donna Hanover for his lover Judith Nathan, an announcement not previously made to his wife. On September 10 2001, Giuliani’s approval ratings had fallen to 37%. Still, conservatives admire Giuliani’s tough stance on crime and his aggressive leadership style, as well as his encouragement of business and real estate development during his tenure as mayor.

So who is Rudy Giuliani really? Astrologically, his Sun is in the changeable sign of Gemini, the sign of flexibility, adaptation and communication. Gemini is driven to experience as many things as possible in one lifetime. Because of this, they are able to accomplish a great deal although they have a tendency to lose focus. Giuliani’s Sun is conjunct the planet of radical rebellion, Uranus, suggesting that he is a natural born rebel. Sun/Uranus people resist authority and must do things their own way, they flout convention and tend to dislike emotional attachment. Giuliani’s chart lacks the element of water that provides a conduit for the emotions, and this combined with the Sun/Uranus […] 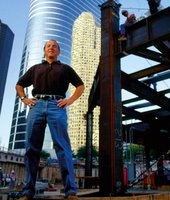 But he also had qualities that were disastrous for someone running a big company. For all his brilliance, Skilling had dangerous blind spots. His management skills were appalling, […] 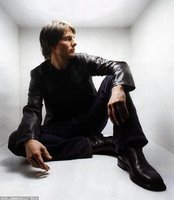