Note: Planets are said to be “retrograde” when they appear to move backwards from our perspective on Earth.  They are not actually moving backwards, or “the wrong way” as a friend of mine likes to say.  And there is nothing “wrong” about retrogrades – it’s a normal planetary cycle. Retrograde periods help us to reassess and revisit areas of life that require more attention before we can move on with our lives, but for this reason they can be somewhat frustrating and demand attention.

Although Mars didn’t actually turn retrograde until January, its motion began to slow down in December 2011 marking the actual beginning of the retrograde period.  From my observations and from a practical standpoint, retrogrades begin when the planetary movement slows down in anticipation of the retrograde turn, and end after the planet has turned direct and picks up steam again.

In my own world this has been a particularly problematic time, especially with both Mercury and Mars retrograde at the same time.  While Mercury retrograde periods are rather frequent — usually we have four three-week periods in a year — Mars retro periods only occur every couple of years.

Managing these retrograde periods is rather like riding on a boat in choppy waters.  If you allow your body to move with the waves you tend not to get seasick, but if you resist the movement of the water you can become very sick indeed.  And even the most experienced of sailors can experience motion sickness if the rough waters continue for too long a period of time, and this is what many of us have experienced. 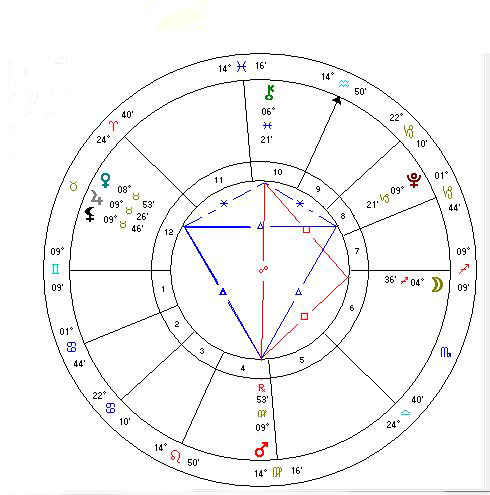 Note to my readers:  This post contains a lot of geeky astrological lingo.  If you find it overwhelming skip to the bottom where I’ve translated this into English for you.

Throughout the month of March a Grand Trine is in effect between Jupiter in Taurus, Pluto in Capricorn, and Mars in Virgo.  Normally Mars moves quickly through the zodiac but because it has been retrograde and is moving slowly now before it changes direction, it is at a virtual standstill as part of this Grand Trine.

A Grand Trine is a triangular formation that consists of three separate trines.  You may have noticed that Jupiter and Venus have been getting closer and closer to a conjunction in the sky and that formation peaked last night, and these two are conjunct the point in the sky known as the Black Moon Lilith.  The Black Moon Lilith is not an actual body but is more like a void out of which comes the darkness of our deepest and most fearful emotions.

The trine aspect promotes ease and harmony, which you would think would be a good thing and it can be, but it also can create laziness and complacency.  This Grand Trine is in the element of Earth which desires stability at all costs, yet we also have an opposition (stressful aspect) between the assertive energy of Mars and the raw emotional sensitivity of Chiron which forms what we call a Kite to the Grand Trine.

Kites add a layer of unresolved tension to a Grand Trine and yet the circular energy of the Trine makes it difficult to move through the tension towards resolution but also adds a dynamic quality to the stasis of the Grand Trine.  This suggests that even though […] 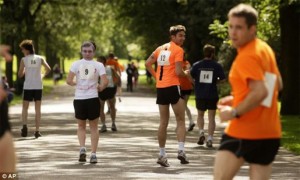 You may have heard that Mars is getting ready to turn retrograde, an event that only occurs every two years or so.  Mars is known as a malefic in traditional astrology signifying bad luck and loss (Mars is the “lesser malefic” and Saturn is the “greater malefic”), but in my work a strong Mars is absolutely essential for good fortune and for good health. Mars symbolizes our drive and inspiration, and the need each of us have for certain experiences.  We need food to eat and experience hunger: that hunger is Mars in action.  We have sexual drives that demand satisfaction: that demand for satisfaction is Mars.  We need to feel that our loved ones reciprocate our affection: that need is Mars.  When we are excited about going for a walk in the woods, that excitement is Mars.  When we hear music and absolutely have to dance, that urge is Mars too.

When Mars is weak or afflicted in the birthchart, these urges are weakened.  When we are unable to ask for the things we need or want, when we allow inertia to take the place of inspiration, Mars is weakened and it becomes more difficult for us to achieve our goals and dreams.  Not impossible – just as any weak muscle we can exercise our Mars so that it becomes stronger.  A weak Mars can also make it difficult for an individual to defend themselves or create good boundaries, resulting in a feeling of powerlessness that leads to a depression or frustrated state that saps our energy and creativity and ultimately creates a state of chronic poor health. When we feel our needs aren’t met we become angry, and overtime this can lead to a […]

With all of this fiery energy of the conjunction between Jupiter and Uranus in Aries, we can use a nice grounding influence to help stabilize things and make it easier for us to keep our feet in the grounds.  Enter Mars in Virgo!  Mars moved into Virgo in the wee hours of the (EDT) morning, encouraging organization and attention to details.

Enthusiasm and inspiration (Jupiter and Uranus) can only go so far without a plan of action and the discipline to carry it out, so Mars in Virgo can provide us with a great tool if we take advantage of it! (This is the continuation of an article, see Part I for the beginning.

Obama’s Mars is in Virgo, a thoughtful and cautious place for Mars to be. Mars shows the kind of drive we have and how our aggressive instinct is expressed. This is not a Mars that would go to war on a whim, or invade a country without doing its homework. Virgo needs order and security, and Mars here tends to be somewhat cautious and precise. Obama’s Mars makes a trine to Saturn, the planet of discipline, hard work and success, suggesting a hard worker who is patiently focused on the goal.

Saturn in this chart is in its own sign of Capricorn and it is retrograde. The placement of Saturn by sign and house shows where we feel we are not good enough; where we suffer from self-doubt. In Capricorn, the sign that shares Saturn’s intense focus on goals and achievement, there is a deep fear of failure that rides along with the pressure to achieve. This is exacerbated in Obama’s chart by the fact that Saturn is retrograde, and that tends to enhance the inner voice of self criticism. Because Saturn is in the twelfth house of the subconscious and the call of Spirit, the intense drive for success and achievement can become confused and made more difficult. Or, if the individual heeds the call of the Inner Self and drives his ambition along the road of seeking to improve the lives of others as the twelfth house requires, Saturn provides the material rewards for which he is so well known.

Saturn in the twelfth, traditionally the “House of Karma” or the “House of Troubles” does sometimes reveal a great inner loneliness – one’s road is solitary and fraught […]