Astrological forecast for the week of September 27, 2021: Mercury retrograde and retrograde season 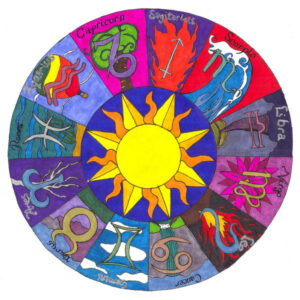 There’s a lot to talk about this week!  Grab a cuppa something and let’s dive in.

Mercury retrograde.  Mercury turns retrograde on September 27th, the day I am writing this, at which point we have  SIX retrograde planets, plus Chiron.  This is not as extreme as last year when every planet (seven) including Venus and Mars was retrograde for many weeks – Pluto, Saturn and Jupiter will all turn direct in October and the undertow of retrograde energies will be on the wane.  But don’t be surprised if this month you find yourself feeling like it’s Groundhog Day all over again and be prepared to be in a near constant review of your life as you prepare for this new future.  Retrograde season has a purpose: it helps us to stay in the flow of life – like the ocean, there is an ebb as well as a flow and sometimes it is in the ebb where we find the most magic.

When Mercury is retrograde communication becomes more critical.  Mercury is closest to the Sun and currently it is locked in a square to Pluto, making communication not only more critical as it stations retrograde and is at a standstill, but in that standstill it is challenged by Pluto’s intense commitment to creative destruction and transformation.  The Truth will come out, and it’s not always pretty or comfortable.  But whenever Pluto is involved, that discomfort and unease virtually always evolves into powerful realizations and growth.

And now…the week ahead.  Days and times are given in EDT, please adjust for your own time zone.

Monday, September 27.  As Mercury turns retrograde the Moon is in Mercury-ruled Gemini.  There is a lot to say, a lot to think, and […] 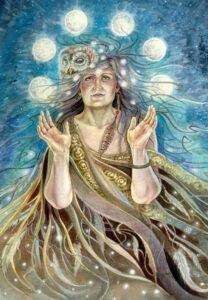 There’s a lot of astrological juice in the skies this week, which means quite a few potent energies swirling around to affect us in a variety of ways. Emotions could be extreme under the Full Moon, and the portal point of the September Equinox will open up doorways of change.  Be ready!  We are heading into Deep Retrograde season with Mercury’s retrograde turn next week, and some potent challenges from Mars which will keep things lively.  😃

Monday September 20.   The Pisces Full Moon culminates on Monday just before midnight EDT/Tuesday 4 am UTC, and is packed with generally positive forces for awakening and illumination. (You can read all the details of the Full Moon here.)  The Moon conjoins Neptune before noon on Monday EDT/4 pm UTC, paving the way for the Piscean burst of spectral magic which can cause a lack of clarity as we make our way through the mundane details of our daily life to reawaken the spark of divine inspiration.

A harmonious trine from Mercury to Jupiter, Pisces’ modern ruler, culminates at 10:52 pm EDT just before the Full Moon.  This is a beautiful gift of hope and optimism to pave the way for the Full Moon shower of grace.

Tuesday September 21.  The Moon enters Aries just after 3 am EDT/7 am UTC and begins to translate a challenging opposition between Mars and Chiron that is just beginning to form.  Mars is in Libra where we can find it difficult to express ourselves clearly, and Chiron is in Aries and has been since 2018 – calling out areas of our self-expression which have been wounded and […] 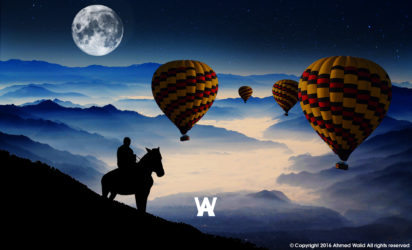 The Full Moon is the peak of the lunar cycle, which begins at the New Moon with a fresh new start, and then waxes until it achieves fullness when the Sun opposes the Moon.  This opposition between the solar consciousness and the lunar instincts is what gives the Full Moon its oomph and power.

When the Moon is full in Aries, the primal sign of initiation and action, the lunar instincts of Mars are opposed by the need for balance and harmony of the Libra Sun.  All Full Moons occur in signs of polar opposites, and therefore integration is required.  At the Aries Full Moon we are urged to honor our own needs – to forge our own path in spite of the needs and desires of others and yet to somehow find the balance of the Libra Sun and integrate our own path with a comfortable relationship with the people in our lives.

This Full Moon axis is squared by Pluto, planet of power and transformation which applies a great deal of pressure for growth and evolution, and by Saturn as well.  I think of Pluto as a “higher octave” of Mars – where Mars urges us to satisfy our own desires, Pluto acts as the Will of the Higher Self to guide us whether we ask for it or not.  The presence of Pluto adds intensity and the power of manifestation since the Will is a very strong significator of this Full Moon.  The pressure from Saturn adds a serious tone and suggests that there will be a reward for efforts made during this Full Moon.  Saturn takes us on the lonely path, so this will likely not be […]

photos stolen from Beth Owl’s Daughter. Since she is a friend she probably won’t mind!  The Moon will reach its fullness in Taurus at 3:16 pm Eastern time (7:16 pm GMT) on November 10, 2011.  The Sun is in Scorpio, and with the climax of the lunar cycle at the Full Moon a tension exists between the solar conscious mind, currently influenced by Scorpio, and the instincts of the lunar principle in Taurus.

The Taurus/Scorpio polarity offers a primal dance between Mars (traditional ruler of Scorpio) and Venus (traditional ruler of Taurus).  Mars is aggressive, assertive, rough, defensive, protective; Venus is soft, yielding, flowing, sensitive.  Where Scorpio is aggressive in its need to eliminate and procreate, Taurus longs for stability and security. These two sides of our nature are both equally important, yet for many of us they battle in our psyche and require periodic adjustments to achieve a balance that will offer us some peace.  Because Scorpio and Taurus are both fixed signs that do not adjust easily, there is greater tension in this polarity than in most of the other signs in opposition (Leo and Aquarius is the other fixed pair).

I like to think of Earth as being a ruler of Taurus, since Taurus embodies the love of Earth, gardening, and all things natural. And Pluto is the modern ruler of Scorpio.  So we are also seeing here the polarity between Pluto, the Lord of the Underworld, and Gaia, the mother of all living things. Life and death – generation and regeneration.  These are no small factors in the course of a life, and they are the primal factors underlying this Full Moon.

With the Full Moon being the peak of the […]

Neptune and Chiron turn direct, and other planetary news this week

Neptune and Chiron both change direction in a few days after traveling retrograde since earlier this year, which means their (apparent) motion has slowed to a virtual standstill as they prepare to move forward again.  These two have been tied together since early in 2009, and although the exact conjunction was complete in 2010, since then the two have been within three degrees of each other. When the Soul Healer (Chiron) and the Soul Teacher (Neptune) get together, you know there is some serious internal work to be done and we are likely to find that to be true over the next week or so when both planets change their apparent direction (planets don’t really move backwards, but because we observe the movement of the planets from earth they sometimes appear to change direction).

Over the next few days we have another smaller, but still important planetary cycle involving the opposition (180 degrees) of Mars to both Chiron and Neptune.  Mars represents our drive and our desires; it inspires and motivates us to achieve our wishes and dreams.  It’s the aggressive force, and when blocked it can turn angry and frustrated.  Mars is in Leo now where it particularly wants to have its own way and resists losing control, but over the next few days Mars will be opposed by Neptune.

Neptune is the transcendent urge – it inspires us to seek experiences that go beyond the boundaries of our day-to-day reality, and it tends to blur and soften the urges of Mars.  This can be confusing if we are determined to get our way, but if we use this time to seek the wisdom of the soul instead of the ego during this time […]