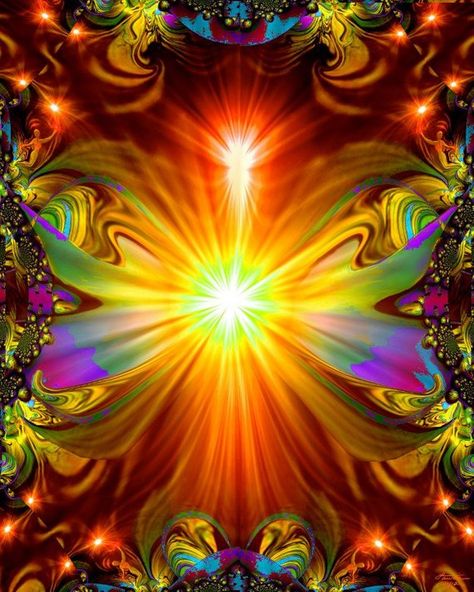 The fire planet Mars, fueling us with passion and drive and teaching us to set boundaries, is at the very last degree of Leo in a last ditch effort to squeeze every bit of excitement out of life before moving into Virgo this afternoon (EDT).  Mars is opposing Jupiter today, and there is a great deal of positive energy available to us now.  Mars activates the potential for Jupiter to expand and create abundance and prosperous feelings.  But in its role as God of War, Mars can also activate the aggressive side of our natures and encourage strife and conflict (Mars) for the sake of our beliefs (Jupiter).  This isn’t always a bad thing, but under this influence it can get out of hand if not approached with conscious sensitivity.

This aspect from Mars to Jupiter can be somewhat strident and obnoxious. However, it can also give us the courage that we need to push through a barrier that would otherwise be difficult even though the aspect lasts for only a couple of days. If we approach this time with awareness, this can be a lucky time in which doors open and opportunities are presented to us.  In order to accomplish this, spend some time to pay attention to how your beliefs are affecting your current reality, and where some tweaking might be needed in order to create the kind of balance required by this planetary cycle.  Where do you make yourself smaller and less significant?  Where do you allow your desires to overcome your reason?  How do you balance your beliefs with your other values?

Once Mars makes the shift into Virgo it will calm things down, but also tamp down […] 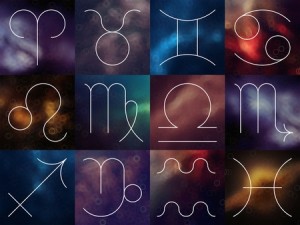 Now that the New Moon in Taurus has calmed things down somewhat, we can turn our attention to other matters.  Mercury, the messenger planet, moves into Taurus on May 6th and continues the trend towards a more peaceful environment.

This will help the disruption caused by a stressful opposition between Mars (aggression) which is creating a lot of bombastic rhetoric while in Gemini, to Jupiter (expansion) which is in Sagittarius where it tends to be optimistic but also somewhat self-righteous.  So there is a lot of righteous (Jupiter) anger (Mars) floating around for a couple of days.  Having Mercury in Taurus now instead of fiery Aries will certainly help, but between May 6 and May 8th it might be a good idea to avoid unnecessary arguments which simply serve to blow off steam.

Between the 9th and the 13th of May we mostly encounter mild planetary movements that serve only to support and facilitate, except on the 9th a stressful Venus/Pluto aspect could bring up some power issues in our interactions with others.  This lasts only a day or so and should be pretty mild.

Of course if your own chart is undergoing a stressful attack from one of the heavier planets, that stronger influence will take precedence over the faster moving cycles.

The Taurus New Moon: Settling into the peace space 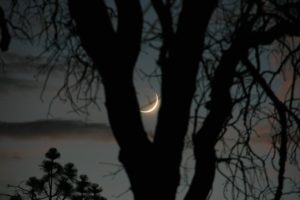 The New Moon on May 4th is in the sign of Taurus.  The symbol for Taurus is the bull – wise, placid but powerful, stable, slow to anger, the bull is a majestic symbol of peacefulness in the heart of strength.  Like the bull, under the influence of Taurus we seek experiences which will help us to find that sense of equanimity and comfort.  We nestle into cozy spaces and hunger for pleasure that will be truly satisfying.  No frankenfood will do under the Taurean influence, we must have fine wines and the best dark chocolates, food with pleasing colors and textures.  We wrap ourselves in natural fabrics and enjoy the scents of flowers.

The New Moon is, of course, the beginning of a new lunar cycle.  Over the past few months we’ve had a confusing retrograde period of Mercury, and an intense breakdown period of Saturn and Pluto which is just beginning to wane.   With the Taurus New Moon, we are finally able to connect more completely with the physical – settle into our bodies, walk barefoot on the earth, hug a tree, sit quietly and just experience the very fact that we are alive.

Not all of the planets are supportive of the slowing down and smelling the roses – we still have the mutual reception of Mercury in Aries, ruled by Mars, and Mars in Gemini, ruled by Mercury – firing up the engines of the brain and making it difficult to relax.  We still have a potentially challenging aspect (a T-square) involving Mercury (mind), Mars (action) and Jupiter (expansion) that demands action (Mars/Jupiter) yet blurs our sight to the point where we are unable to see clearly (Neptune).   But none of that matters right now […] 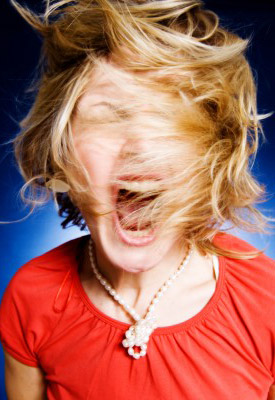 Mars is the planet of aggression and warfare, and it is currently traveling through Sagittarius, the sign of ideology, theology, belief systems, confidence, and all things expansive.  So it’s no wonder that the political rhetoric in the US is inflating to ridiculous proportions.

Over the past week this inflation has grown even more ridiculous over the past week since Mars has been approaching an opposition (180 degree aspect) to Jupiter.  This aspect culminates on the 28th (Sunday) and is embedded in the chart for the Taurus Full Moon which I’ll be discussing tomorrow.

This aspect affects not only politics, but all areas of our lives.  Righteous anger will be everywhere over the next few days, along with frustration when we don’t get our way.

Jupiter shows where we desire to be god, and when Jupiter opposes Mars, especially when Mars is in Jupiter’s own sign.  There is a great deal of positive energy available to us now because Mars activates the potential for Jupiter to expand and create abundance and prosperous feelings.  But in its role as God of War, Mars can also activate the aggressive side of our natures and encourage strife and conflict (Mars) for the sake of our beliefs (Jupiter).  This isn’t always a bad thing, but under this influence it can get out of hand if not approached with conscious sensitivity.

This aspect from Mars to Jupiter can be somewhat strident and obnoxious. However, it can also give us the courage that we need to push through a barrier that would otherwise be difficult even though the aspect lasts for only a couple of days. If we approach this time (the 26th through the 29th) with awareness, this can be a lucky time in which doors […] 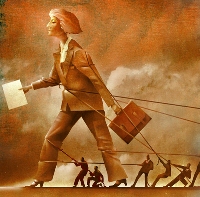 However, Jupiter and Uranus are opposing Mars and Saturn and stirring the pot.  We want to act – we are almost desperate for some kind of change to take place (Jupiter/Uranus opposing Mars).  But Saturn is the enforcer right now.  If you are sending delays and blockages, sit back and wait until […]