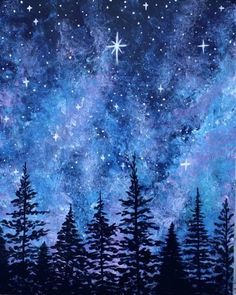 This Scorpio New Moon is packed with Scorpio Power 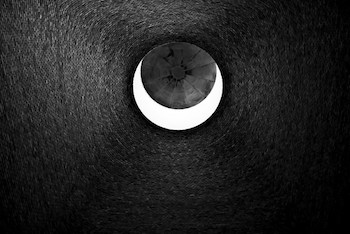 What is Scorpio Power exactly?  Scorpio is the sign that represents the nature of Power itself.  Ruled traditionally by Mars, the god of war, and in the modern scheme by Pluto, the god of death and regeneration, Scorpio has some very intense allies.  Under Scorpio’s influence we must find the courage to face our demons from Mars, and the wisdom to face our deepest Truth from Pluto.  We must learn how to exert force to make things happen (Mars), and when to surrender to events beyond our control, our Fate if you will (Pluto).

Scorpio is all about depth, intensity, the gritty Realness of life and it’s not always pretty.

This month’s Scorpio New Moon on November 18th is particularly intense not only because four planets including the Sun and Moon are in Scorpio, but also because both of the Scorpio rulers, Mars and Pluto, are locked in an intense square aspect that can signify conflict, power issues, anger and rage.  But when Mars (the individual Will) and Pluto (the Will of the higher self) are managed consciously, this planetary combination is a supremely beneficial ally for manifesting intention and creating real magic in our lives.  In order to utilize Mars and Pluto consciously we must be prepared to release any ideas we may have of what we think we want and need (Mars issues) and seek the guidance of the inner voice of the higher self (Pluto).  We must be ready to accept what we cannot change (our Fate = Pluto) and change what we are able to (our desires = Mars).

Mars and the Scorpio Full Moon

Now that the Grand Cross is beginning to unwind there is a bit more movement and a sense of increased possibilities rather than that feeling of being stuck in crisis that so many of us have had over the past few months.

Mars is at a virtual standstill, so if it (at 9-10 degrees Libra) is hitting a sensitive point in your chart or the charts of those around you, there could still be some eruptions as frustrations build to a peak and find release.

Mars is the traditional ruler of Scorpio, and we have a Scorpio Full Moon coming up on May 14th so the influence of Mars is increased exponentially.  Mars of course was the god of war, and nobody really likes war except for the most aggressive of warriors.  And it’s true that Mars inspires aggression and anger, but it also creates enthusiasm and motivates and inspires us.

Because Mars is still blocked by the other planets of the Grand Cross its expression is not as complete as it might otherwise be which means some conscious effort is required to unlock it so that we can utilize it well rather than become frustrated by it.  Essentially that means moving our bodies and releasing any stuck energy through physical activity wherever possible.  If we feel fatigued that often means that Mars is not being able to fire its energy through the physical body, and moving our body through walking, dance, yoga, or any other way that we enjoy will help to release the blocks so that that energy can move freely and inspire and motivate.

Under the Scorpio Full Moon the passion of Mars will become even more pronounced, but that passion may be more internalized as […]

Musings on Venus in Scorpio and relationships

Lots of people are writing about Venus, which moved into Scorpio on September 11th.  Because I have Venus in Scorpio, and it’s squared by Pluto which is the modern ruler of Scorpio, making this a double whammy of Plutonian Venus energy, I feel I am somewhat the expert on the subject and not in a way that is particularly fun to talk about!

Scorpio has a traditional ruler (Mars) and a modern ruler (Pluto), and like all double-ruled signs it offers two roads of experience.  One is the reactive road of the lower octave (Mars), in which we struggle to squeeze the receptive, loving, harmonious qualities of Venus into the necessary aggression and fierce independence of Mars.  The Mars influence can also operate through the courageous (Mars) protection of those we love (Venus) such as the Jodie Foster quote in the photo to the left.

But it is the Pluto influence that gives Scorpio its transformative power.  Through Pluto we are forced into the Underworld of death and sexual abuse where we are required to give up the power of Ego and Selfhood and be baptized by an alchemical fire.  Ultimately we emerge from this darkness into a transformed world of magic and beauty, but in the Scorpio experience the outcome cannot be obtained without the trial.

This sort of intensity makes it difficult to approach human interaction with anything resembling superficiality or casual connection which can be exhausting for the partners of Scorpionic people.  But as one of those people myself, I like to think that the reward of personal transformation and the kernel of magic that nestles within the drama, ready to emerge at any moment, is worth it.

When Mercury is retrograde we often see communication and equipment snafus, and things not going according to plan.  There is a “shadow” period lasting about a week on either side when Mercury’s movement is slower than normal. These are excellent times for planning and reflection but not good times to begin something new.  <a href="https://www.astrodynamics.net/mercury-retrograde-and-the-shadow