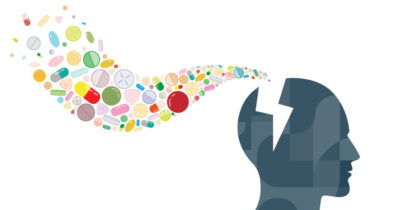 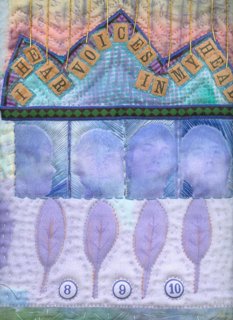 While I am out of town I have selected some interesting articles to repost.

Nearly all of us hear voices of one kind or another. My mother hears the voice of her mother criticizing her in her head. Someone I know well hears music in his head – full orchestras. When I do readings, I hear voices describing aspects of the chart to me before I have a chance to notice them. Are we all crazy? Granted, this is nothing like the people whose voices urge them to murder and worse, but perhaps there’s more to this phenomenon than simply classifying people who hear voices as schizophrenics.

An article in the New York Times (thank you Ellie Crystal) asks the question, “Can you live with the voices in your head?” The article cites the work of a group in Britain called “Hearing Voices Network” whose purpose is to bring people that hear voices an opportunity to get together for mutual support. The Times article suggests:

Since the 1990s, a growing number of researchers and clinicians, predominantly based in England, have been comparing voice-hearing in psychotic patients with voice-hearing in nonpatients, measuring the incidence of hallucinations in the general population, and using cognitive behavioral therapy (C.B.T.), a popular, short-term treatment for depression and anxiety, to help them manage their responses to the voices they continue to hear. C.B.T. typically asks patients to scrutinize how they interpret their symptoms rather than focusing on an illness as an underlying cause. “The matter of whether it’s effective, and to what extent,” Lieberman says, is still being investigated. So far, the use of C.B.T. in the treatment of psychoses is much more prevalent in the […]

Are Psych Drugs the Answer?

As a child of the ’60s, it is peculiar to me that parents today are GIVING drugs to their kids. Research from Dr. Julie Magno Zito, of the University of Maryland School of Pharmacy in Baltimore, indicates that as many as 1.5 percent of American children between the ages of two and four are already on such substances as Ritalin – as well as being medicated with antidepressants and other “psychosis” directed drugs. The use of drug stimulants for children climbed two-to-threefold between 1991 and 1995, and antidepressant prescriptions nearly doubled during the same period.

Many of these childhood personality disorders seem to me to be simply reactions to stressful situation. I am particularly interested in something called Oppositional Defiant Disorder, a pattern of defiant and disobedient behavior and resistance to authority, since this would certainly have been my own diagnosis when I was a child. My birthchart shows that Uranus (rebellious behavior) squares my Sun (my Self, or essence). I am a rebellious person with a radical nature, and I am not afraid of reacting with defiance in a situation in which I feel mistreated. My parents just thought I was a “bad kid.” But did I need medication?