The astrology of the week of November 1, 2021: It’s all about Scorpio 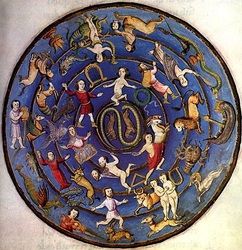 This week we have a New Moon in Scorpio, and it’s a SuperMoon, Mars has just entered Scorpio, the Sun is already in Scorpio, and Mercury moves into Scorpio this week.  Under the influence of Scorpio there is nowhere to hide: life becomes a deep dive into the most intense search for meaning we can imagine.

In addition, the challenging square between Saturn and Uranus, the story of 2021 over control vs liberty, is activated by Mars this month, but that activation actually begins this week with the Scorpio New Moon triggering first Saturn and then Uranus. These themes of repression and rebellion are evident on the world stage but they may also be present in our own lives as we struggle to find a way to live an authentic and joyful life in a pandemic world. How much freedom are we willing to give up for our security and the health of others?  How much control can we really have in a world full of unexpected consequences? These are the questions being asked during this Saturn/Uranus time which began earlier in 2021 and is coming to a conclusion in December (mostly, that is – Saturn and Uranus will continue to do a dance into 2022 but it will be much weaker).

Those are the important things…let’s take a look at the week ahead. Dates and times are for the Eastern time zone, please adjust for your locality. 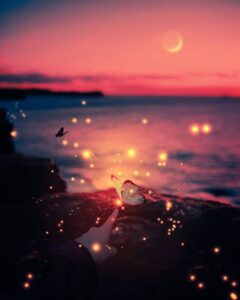 Monday November 1.  As the Moon completes her passage through Virgo, we are more easily able to process the details of life and digest them into meaningful and practical pieces. Mercury is in a harmonious trine to Jupiter, expanding our views of what is […]

The offering of the lunar eclipse on November 30, 2020 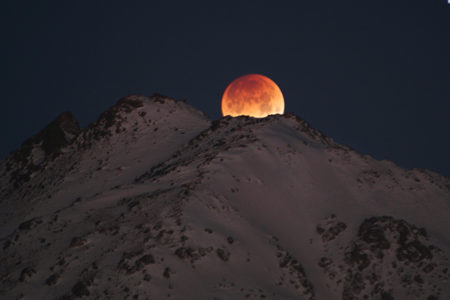 The Gemini Full Moon on November 30th (at 4:29 am EST) is also a penumbral lunar eclipse.  A lunation (New or Full Moon) becomes an eclipse when it is adjacent to the lunar nodes (the crossing points of the path of the Moon over the path of the Sun), and the closer the lunation is to the nodes, the more total the eclipse is and the more intense the fated quality of the eclipse will be.  The lunar nodes are associated with fate and destiny – they mark the journey from past (at the South Node) to future (at the North). In this lunar eclipse, the Gemini Moon is conjunct the North Node of the future, suggesting that curiosity and an open mind can lead our way forward and away from rigid beliefs and ideologies (Sagittarius South Node) that can hold us back.

The Gemini/Sagittarius polarity is all about collecting and assimilating information – this is a time to keep an open mind, and prepare for an awakening and a shift in belief systems where necessary.  Gemini can be a trickster – under its influence things are not always what they appear and that is especially true now because Neptune, planet of magic and mystery but also confusion and delusion, is locked in a challenging square to the Nodes.  Information can be a valuable guide, but it can also be a trap if it leads us down a rabbit hole of factoids and half-truths.  However, Mercury, planet of the mind, is in Scorpio where it prefers to probe deeply into a matter before coming to a conclusion, and a harmonious sextile to Pluto enhances and deepens our […]

11.11.20 Mercury re-enters Scorpio and the truths come out of the darkness 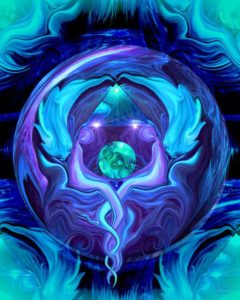 This is not a political post!  But when Mercury, planet of the mind and information, travels through Scorpio, the sign of the dark night, there is a passionate intensity that causes us to delve beneath the superficial for the real truths.  Even in today’s political climate where there seems to be more spin than facts, we can discover for ourselves where our own spirit can be infused with the fire of wisdom and true understanding that Mercury in Scorpio bestows by taking us deep within our own emotional truths in order to discover our own selves.

Mercury first entered Scorpio at the end of September, and then after a short time in Libra retrograded back into Scorpio at the end of October.  Mercury will remain in Scorpio until December 1st when it transitions to Sagittarius and lightens the mood.  Until then, this is an excellent time for focused mental efforts, solving mysteries, and serious research. It’s the perfect time to begin a journal for some very personal self-examination or psychotherapy.

There’s so much to talk about this week, and the video went a bit longer than usual.  I’m using timecodes now so you can go right to the parts that interest you, and it also makes it easier to go back to things you want to listen to a second or third time.  The Moon is New in Scorpio this week, and it’s a SuperMoon (I’ll be writing a blog article about that too a little later in the week).  Mars turns direct this week.  Mercury goes back into Scorpio. And it’s the final phase of Jupiter conjunct Pluto, and Pallas is in there too so I have a little blurb about her as well.  Transcript follows, but give the video a try. I’m curious, who is still reading the transcript and who has switched over to watching the video?

Hey everybody, it’s Lynn Hayes. Welcome back to my channel. If you’re new here, I appreciate your joining me. I seem to have a lot to say today. And that’s without talking about the election at all. I want to go ahead and get started. I am going to leave some time codes in the description box so if you don’t want to wade through all of the information, you can find what it is that you’re looking for easily. I’ll probably be talking more about the election in the next couple of weeks once things settle down a little bit more. 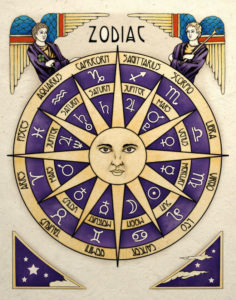 Like the other two outer planets, Pluto is retrograde about half the year.  This cycle of the ebb and flow of planets appearing to travel backwards, completing their tasks, and then moving ahead as normal is an important part of the astrological flow of life.  Though we often complain about Mercury retrograde, for example, these periods give us an opportunity to go back and re-do whatever had not yet been completed before we attempted to put them away, and therefore move more completely into our future.

Pluto, though small, is a powerhouse of astrological energy.  It presides over nothing less than death and regeneration, and the kind of creative destruction which enables us to emerge out of the fire of devastating change and rebuild our lives to be stronger and more effective.  Pluto has been retrograde since April and has barely moved since then so if like me you’re undergoing a Pluto transit you have been feeling its effects! Pluto turns direct on October 3rd and we will begin to feel the pressure lift.

Meanwhile, though, we have a challenging square from Venus to Pluto on October 1st that will intensify our personal interactions, and then Mercury enters Pluto-ruled Scorpio on the 3rd, beginning the shift from Libra season into Scorpio.  Scorpio’s traditional ruler is Mars – it is a fiery water sign that’s full of passion and intensity.  But Mars will move into polite Libra on October 4th, which will soften the effect of Pluto.  This may be considered a good thing, because we generally think of easy stuff as being preferable to hard stuff.  But Mars isn’t very effective in Libra where everyone else’s opinions must […]