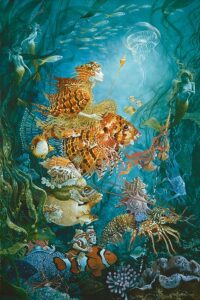 Mercury is the planet of the mind – it governs all kinds of information and messaging as well as the way we think and communicate on an individual level.  Mercury also governs travels of short distances and the very idea of busy-ness. Mercury is the focal point of the weekend’s planetary influences, it harmonizes in a trine to Neptune on Saturday and opposes Pluto on Sunday.  The trine from Mercury to Neptune is a supreme boon for creativity and inspiration; Neptune enhances all of our experiences by casting a spell of transcendence that brings a bit of fairy dust into everything we do. On Saturday we also have the Aquarius Moon activating the Saturn/Uranus square to bring areas of change into focus and de-personalizing areas in which we may be more emotional since Mercury is in the sensitive sign of Cancer right now, a watery realm of deep feeling.

The opposition is a stronger aspect than the trine and felt more intensely, so we will likely begin to experience the Mercury/Pluto opposition on Saturday in the midst of the Neptune magic. Pluto intensifies everything of course, and our thoughts and ideas have more potency now.  Pluto always brings the potential for power conflicts, and arguments or at the least lively discussions are possible especially Sunday evening (EDT) when the Moon opposes Mars.  Pluto can also bring fuzzy ideas into focus where they can be more easily utilized, so it is an excellent time for problem solving or focusing on a project which requires mental focus although you will want to be somewhat careful on the road as the tendency for road rage can be heightened under a Mercury/Pluto aspect.

Have a great weekend […] 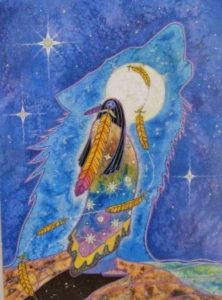 Mercury is typically objective and seeks a certain amount of order in our thinking and transmission of information, but in Cancer the need for an open mind can be subsumed by feelings and sensation.  Cancer thrives on a sense of being at home, both physically and with our families or our tribe – the people with whom we feel more at home.  Much is being written these days about our “quarantine tribe” – the people that we are closest to and choose to spend time with even while in quarantine […] 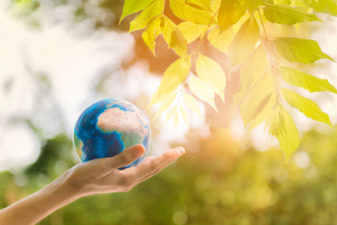