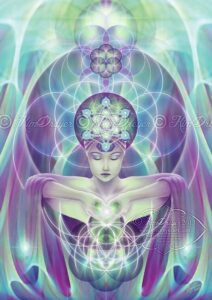 Some of you may remember that Jupiter and Saturn conjoined in Aquarius back in December, marking a shift from the compression of last year’s Saturn/Pluto conjunction in Capricorn to a new energy of breakthroughs and resistance to control.  That energy shift led to the square of Saturn to Uranus in February 2021 which as I keep saying is the story of 2021 – the urge to throw off the shackles of repression and create something new and exhilarating.  Saturn and Uranus are the co-rulers of Aquarius, so Saturn IN Aquarius, squaring Uranus, is a double whammy of conflict between the old ways (Saturn) and the new (Uranus).

Jupiter moved into Pisces back in May, but then turned retrograde and is now shifting back into Aquarius on July 29th where it will spend the rest of the year amplifying the conflict over social control and urging the renewal of a search for a new type of meaning in life – one that is more individualistic and less dependent on the mores of society at large.

Today Mercury, in the sign of Cancer where feelings dominate our thoughts, harmonizes in a trine to the asteroid Pallas, goddess of divine intelligence.  Pallas is in Pisces, where this divine wisdom emerges from our instincts and intuition rather than logic, so this is the perfect day to let your intuition and inner voice do the talking.  The Moon is also in Pisces, fresh off a conjunction to Jupiter early this morning, expanding the call of the soul to create and unwind the mundanity of our lives so that we can experience more magic, even if only for a day or so. ❤️