Art from Visual Alchemy.  This piece reminds me of the electrical energies operating right now, creating rare and invisible filaments of transformation where we are not looking.  Mercury and Uranus link up to intensify the energetic force to awaken and realign our neurological pathways.

Beauty is occurring all around us, whether seen or unseen – known or unknown. 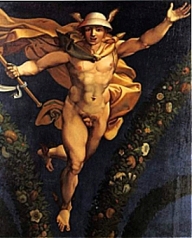 Get ready folks, Mercury is preparing to turn retrograde on March 13th and its motion has been slowing down for a week or so now as it prepares to make that U-turn.  You may be thinking: “I thought it already WAS retrograde????”  Communication and plans have been thrown awry since December when Mars turned retrograde, and Mars continues to appear to move backwards across the sky from our perspective on earth.  Read more about retrograde Mars here. Mercury is in Aries now, and if you know an Aries you will recognize that this is one sign that does NOT like to move in any direction other than forwards.  “Shoot first, aim later” my Aries friend tells me, and that is the motto for these fiery types.  Mercury in Aries needs to get the point across and to come up with ideas and plans that are immediately put into action. This has been exacerbated by the transit of Mercury past a conjunction to Uranus last week, and because of the retrograde turn of Mercury this conjunction will remain in effect for the next couple of weeks.  Uranus is the “awakener,” waking us up from a sleep of denial and complacency as our awareness and understanding shifts and new ways of visioning the world make themselves known. Uranus also tends to bring surprise, and when tied to Mercury, the messenger god of communication, there could be actual messages in the form of letters or emails that shock or disturb us in some ways, or which open doors of perception so that our awakening can truly take place. The second conjunction of Mercury to Uranus occurs on March 18 just before the Spring Equinox.  The chart for the Equinox contains […] 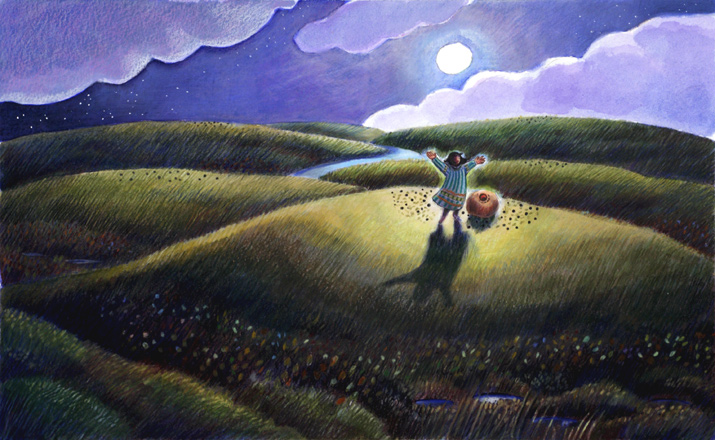 Art by Teri Sloat. This Full Moon is an interesting dance, balancing our attachment to the mundane world through the Moon in Virgo with the transcendent and otherworldly longings of the Piscean Sun.  During the Full Moon the lunar instincts dominate the solar conscious mind, and Virgoan areas of security and a need for order are highlighted. Mercury is the traditional ruler of Virgo and is very active in this chart.  It is still within range of a conjunction to Uranus which inspires new ideas and demands a change from the past.  Mercury is also moving towards a square to Pluto which intensifies our thoughts and communication and can bring a touch of obsession.  Mercury is the messenger god, and for the next few weeks as Mercury slows to a standstill and turns retrograde back across Uranus we will continue to be struck by flashes of insight and be alert to new ways of creating change in our life. This is the backdrop against which we can use this Full Moon to balance the mundane (Virgo) with the divine (Pisces), not an easy dance but a worthwhile one. Divine creativity is assisted by Venus, the planet of love and beauty, having just made a harmonious sextile to Neptune and facilitated the expression of divine love and beauty, and now moving into a sextile to Chiron to explore ways that healing can occur in beautiful ways to free our hearts.  These influences in the Full Moon can help us to open to new energy (Mercury Uranus) in a variety of ways: by surrounding ourselves with beauty (Venus), through spiritual activity and learning (Neptune), through inspiration and intuition (Mercury/Uranus). Mercury is stationary as it prepares to […]