5.7.21 – Explore the possibility of fire with the Moon in Aries 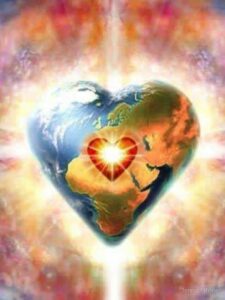 Ever since the Sun left Aries on April 20th, there have been no major planetary bodies in the signs of fire other than Chiron.  This lack of fire energy is associated with lethargy and a lack of motivation or inspiration.  And not only are no planets in fire signs, but the fire planet Mars is in the water sign of Cancer which literally waters down its energies of passion and protection. Fire purifies and burns away the things we have already lost, which can be frightening for some of us and thrilling for others.  But in the natural world, and the astrological one, we need a balance in all things.

Today the Moon moves into Aries, the most fiery of the fire signs – a subtle influence, but if we pay attention we can use that burst of fire to give us a boost.  The sensitive Moon isn’t always that comfortable in Aries – we may find ourselves saying things suddenly and wishing we hadn’t, or feeling easily wounded, especially in the early hours of the morning Saturday/mid-day GMT when the Moon aligns with Chiron.  Meanwhile, a strong square aspect is building between Venus and Jupiter.  While squares are usually a challenge, strong aspects between the two “benefics” can give a lift for a few days and amplify prosperity and abundance.  Our relationships are usually impacted positively by this aspect which culminates on Saturday. ❤️ 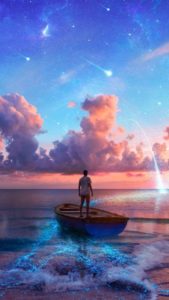 There’s not a lot of conflict in the astrological skies today, and the Aries Moon continues to inspire and motivate, especially as it transits Mars today.  Mars is in Aries, the sign that it rules, so its conjunction to the Aries Moon gives us a bit of a double whammy of impulsivity and action.  Mercury and Venus are both in Scorpio, the other sign ruled by Mars (traditionally), so the fire energy is well-represented and offers an opportunity to determine what it is we want, and help us to get it.

By tomorrow the Aries Moon will align in a challenging square to the Capricorn stellium and put up some road blocks, so we might as well use today to find ways to get back on track.  Figure out the most important things you’d like to make happen, and take one step in that direction.  You’ll be amazed at how easy the path is with the wind at your back. ❤️

The Death of Chris Penn

Being a participant in sibling rivalry in my own family, I found myself thinking immediately of suicide when I heard of Chris Penn’s death yesterday. Sean Penn is one of the noted actors of a generation and Michael Penn has received a fair amount of press as a musician, yet in researching Chris Penn’s life for this article I could find very little information on him other than news of his death in a Santa Monica apartment. No mansion, no wife. The little information that I could find appeared to suggest that he was single and had never married, and evidently his short tenure on Law and Order ended last year. I find myself wondering, what was Chris Penn really like, and how did he die? The latest press reports tell of “natural” causes, but what is a natural cause of death at age 43? I had to find out more about Chris’s life, and to wonder if he was stifled in the shadow of the brilliant light surrounding his brothers Sean and Michael.

Looking at his birthchart, I discovered that Chris was a Libra, the sign of balance and relationships. Libra is the peacemaker, the one who often sacrifices himself in order to achieve harmony in the relationships around him. Libras typically yearn to be in partnership with another, there is a strong desire to be married, to have a best friend, a one-on-one relationship in ones personal and business lives. His Moon, however, was in Aries, the sign ruled by Mars, showing us that in order to feel truly safe and secure emotionally (Moon) he had a strong need to express his own self and manifest his own will and desires (Aries). The tension […]