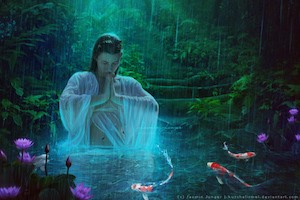 An annular solar eclipse will take place on February 26, 2017 in the sign of Pisces, sign of the fish.  As with all solar eclipses, this is a Pisces New Moon and there are actually a total of five planets in Pisces which makes this an extremely fishy eclipse! Under the influence of Pisces we are inspired to let go of the material world, the “reality based” world, and find inspiration and magic in the realms that cannot easily be seen.

Not only is the New Moon in Pisces, but the Sun and Moon are closely aligned with Neptune, the ruler of Pisces, which doubles the watery magic of this eclipse.

During a solar eclipse the light of the Moon, the instinctive subconscious and intuitive realm, covers the light of the Sun and its conscious attention to the world.  Darkness is illuminated by the inner light, but if we are looking at the world through our worldly eyes it will seem dark as dark can be.  This is an opportunity for the inner eye to open and the inner self to make itself known..

At this time we have stelliums (planet groupings) primarily in watery Pisces and fiery Aries – the Aries planets energize us and push us towards action and a force of will while Pisces urges peace and calm and a letting go of our own personal needs to merge with the great Beyond and infinite bliss.  This is no time for action – actions taken now will likely be confused and irrational.  Until the Moon moves into Aries on the 28th, utilize this time to explore the inner reaches of your mind and your heart.  Spend […] 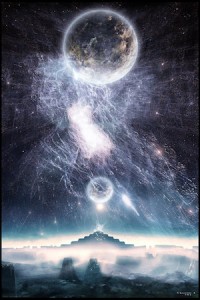 During the last week of February, Mars steps into the fray like a match thrown into a smoldering fire.  Until February 28th Mars will be poking the bear of the Uranus/Pluto […]