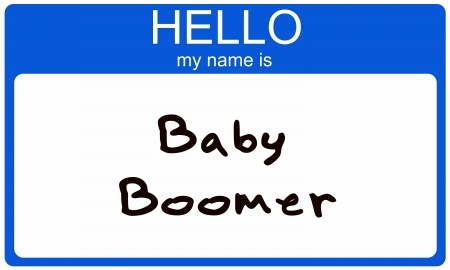 Pluto in Virgo: The Slacker generation and the new fiscal conservatism

Generations of people can be defined by the sign that Pluto was traveling in at the time of the birth of that population group.  The Pluto in Leo generation, the “baby boomers,” are famous for being self-involved and self-important, as you would expect from a group that is compulsively driven (Pluto) to break through the barriers of the sign of Leo, the sign of the ego.  Pluto was in Virgo between 1958 and 1971, and that generation is now between 38 and 53 years old.

The generation defined by Pluto experiences a compulsive attention to matters described by the sign that Pluto falls in.  The Pluto in Cancer generation, parents to the Pluto in Leo boomers, gave up everything for their families (Cancer).  The Leo Boomers made self-expression into an art form.

Like all of the other signs of the zodiac, Virgo operates on many different levels but the underlying principle is a sense of order and attention to the mundane details of everyday life.  We therefore find Virgo representing our physical health and the connection between the mind and the body, our diet, service to others in assisting them in their daily life, and the day-to-day work experiences that provide the income to sustain us.

Demographers often call this generation “Generation X,” which was also called the “Slacker” generation, and report that this was the first generation in the United States to earn less than the previous generation.  As “Slackers,” this generation embraced grunge rock and rejected the pull of materialism.  Perhaps aware on some level that the world was about to change, many of them went from job to job and thought about career completely differently from any other previous generation.  Forget the college degree…forget the 30 years and the […]

We’ve been talking in these pages about the generational impacts of this year’s presidential election, including the early boomers (Pluto in Leo), late boomers and generation X (Pluto in Virgo) and generation Y (Pluto in Libra). Each group as a generation carries the impulses of the sign that Pluto was in. But there is another generation, commonly considered to have born since 1982, that many writers are calling the Millennial generation, presumably because they came of age at the turn of the 21st century.

Pluto in Scorpio, the sign which it rules, brought with it the scourge of AIDS (death by sex, both Plutonian/Scorpionic trademarks) along with a flood of repressed memories (Pluto digs out debris from the subconscious) about sexual abuse. Pluto and its sign Scorpio rule over the domain of death, destruction, regeneration and sexuality and the elimination of waste products from our lives that no longer serve us. The Pluto in Scorpio generation, now termed the “Millenials,” are more prone to suicide than any generation before them. They experience the traumatic side of life more deeply – as one Millennial says:

We’re realizing early on that “everything we want” – marriage, family, a good job, comfortable finances – doesn’t come with a warranty. We watched our parents get divorced and laid off, so we’re not exactly starry-eyed about adult commitments, and don’t see many good reasons to stick around.

Plus, while we readily indulge in around-the-world adventures, we’re inundated by images of war, corrupt politics, a sick Earth, and distant family and friends. Frequent travel and jobs abroad are popular among my friends – always on to the newer and wilder thing – but the adventures are often accompanied by loneliness, disconnect, and disappointment, which often worsens upon returning.

Where the Pluto in Virgo generation tends towards […] Jill has been bemoaning just such a battle on her blog, where cohorts from both generation are duking it out over the Democratic candidates. The fact is, the Boomers that get the bad rap about being an admittedly self-indulgent and narcissistic generation are those of us born with Pluto in Leo. The late Boomers, the one Alter describes as “feeling like generational stepchildren . . . as if we arrived late at the ’60s party after everything turned bitter.”

The Leo nature doesn’t have much thought for the future – it is anchored in the present and a need for pleasure and fun. Virgo, on the other hand, has a tendency to worry about the adequacy of available funds and planning for the future. Where Virgo is willing to work long hours toward a goal, Leo is more concerned with doing work that will allow […]

When Mercury is retrograde we often see communication and equipment snafus, and things not going according to plan.  There is a “shadow” period lasting about a week on either side when Mercury’s movement is slower than normal. These are excellent times for planning and reflection but not good times to begin something new.  <em