Sunday poetry: Let This Darkness Be A Belltower 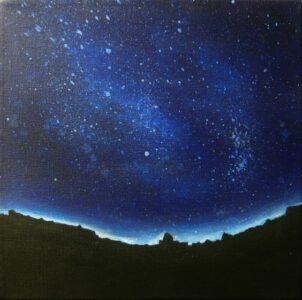 With Pluto, the Lord of Darkness, stationary right now having just turned retrograde, I hope this poem will bring light for anyone experiencing dark times right now.

Quiet friend who has come so far,
feel how your breathing makes more space around you.

Let this darkness be a bell tower
and you the bell.

As you ring, what batters you becomes your strength.
Move back and forth into the change.
What is it like, such intensity of pain?
If the drink is bitter, turn yourself to wine.

In this uncontainable night,
be the mystery at the crossroads of your senses,
the meaning discovered there.

And if the world has ceased to hear you,
say to the silent earth: I flow.
To the rushing water, speak: I am. 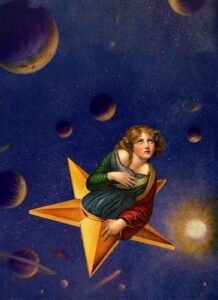 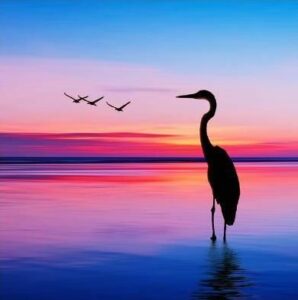 Pluto is the planet of destruction and regeneration, and it also deals with issues of power and its uses. When a planet is stationary it shines a laser-like beam of energy that reflects the energy of the planetary symbolism, and Pluto is all about intensity and getting to the root of the matter. This laser-like beam may feel like a […] 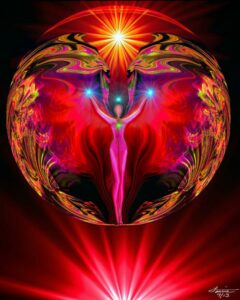 Ever since Mercury turned direct at the end of February, we have had no planets retrograde which means two steps forward MEANS two steps forward, and not several steps sprinkled with backsliding to reverse our efforts. Pluto turns retrograde on April 27th, but its motion has been very slow, traveling less than a degree since the end of February.  It’s virtually stationary in the sky, shining its Plutonic laser beam of volcanic and creative destruction which is really the reflection of Divine intelligence – the wisdom of nature to strive for balance and destroy that which doesn’t fit into the plan.

When Pluto is stationary its influence can be more potent, especially if it is hitting something sensitive in our own charts.  Pluto is finishing up its journey through Capricorn, so any areas where the structures or infrastructure on which we build our lives are weak will be under threat.  This is a time to shore up defenses, and be practical as well build a strong foundation from which to spring into action.

It will be early July before Pluto, traveling retrograde, begins to pick up speed so this is a fairly long-term influence that requires us to learn to surrender when the force of the power of change and transformation becomes too great to resist, and to find the inner strength to empower ourselves to fulfill our highest destiny.  If that sounds like a tightrope ride it certainly can be – a Zen koan of power and surrender in a unified field of divine wisdom. But in the end the gift of Pluto is no less than a deep understanding of the gift of life itself. ❤️

Thoughts on the astrology of the remainder of 2020

I was asked to create a video for the Spiritual Frontiers Fellowship on the astrology for the remainder of 2020, and I thought that was a great idea in light of how the entire world has changed since I wrote my forecast for 2020.  Here it is for you!  If you like these videos please subscribe to the channel.  Sorry, there is no transcription for this video but I hope you enjoy it anyway. ❤️