Creating Intention: An Act of Prayer 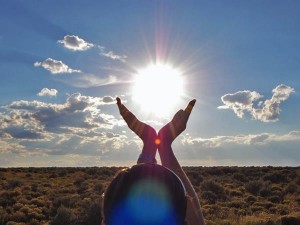 The efficacy of prayer has been proven recently in the scientific arena. Dr. Larry Dossey is well-known for his studies demonstrating that prayer has a healing effect even when performed from a distance and without the patient knowing that prayer is occurring. The National Institute for Health Care Research found that out of 158 professional studies, 75% demonstrated that a religious commitment translated into benefits in psychological well-being, overall survival rates, or quality of life for everyone from cancer patients to drug abusers. Research is now being conducted at major universities all over the country to determine the connection between prayer and healing. Is this the intervention of a divine entity? Or is it that when we create an intention we focus our mind to align with the divine within ourselves, thereby harnessing an enormous creative force of manifestation?

It is tempting to relinquish our personal power to the will of the divine and give up our own will in the name of humility. Often there is a deep spiritual experience that results from sublimating one’s personal desires; however, a deep transformational empowerment can result from creating strong intentions for one’s life experiences that brings us closer to fulfilling our soul’s purpose and to becoming the amazing beings that we truly are. In order to do so, it is crucial to honor the divine within ourselves that deserves to live a beautiful and abundant life.

Often we may find ourselves stuck in patterns of negative thought that prevent us from realizing most fully the power of our creative intention. Perhaps we inherited these thought patterns and scripts from our families. Perhaps difficult life experiences have made it difficult for us to believe in our own soul’s beauty […] 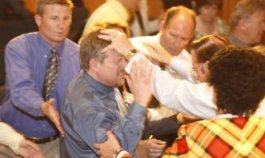 A new study evaluates the benefits of Pentecostal hands-on healing prayer with some amazing results.

An older Mozambican woman named Maryam could not see two fingers held up just one foot in front of her when she arrived for a Pentecostal prayer intervention in her village. Nor could she see an eye chart from a similarly close distance.

But after a healer at the evangelical meeting laid hands on her and prayed for less than a minute, Maryam was able to not only see the fingers held up in front of her but could count them as well. The eye chart also came into view, with Maryam able to read down to the 20/125 line.

The experiences of Maryam and 23 other Mozambicans, part of a study reported in the September issue of the Southern Medical Journal, a peer-reviewed journal, suggest to the researchers that “proximal intercessory prayer (PIP)” — in which the healer is in close proximity to the patient, often touching or hugging him or her — may be a useful complement to Western medical practice.

Other studies which have focused on distant prayer without the hands-on factor have not shown significant results like these:

Fourteen hard-of-hearing and 11 visually impaired study participants were recruited at meetings of Pentecostal Christian groups in Mozambican villages and towns.

They were tested with a handheld audiometer or vision charts, depending on their impairment, before and after they took part in a prayer session.

“There was a highly significant improvement in hearing across 18 ears of 11 subjects” and “significant visual improvements,” says the study, which will be published in September in the peer-reviewed Southern Medical Journal.