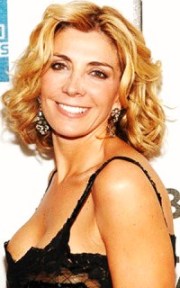 “If you could predict death, would you?”

Most professionals agree that predicting death in the chart of a client or a client’s loved one is unethical. Last weekend I watched a movie I had rented called First Snow, a thriller which I really enjoyed in which a sharkish salesman goes for a psychic reading in which the psychic makes some predictions about his business and then has a vision which disturbs him greatly and causes him to terminate the session. The salesman doesn’t believe in any of it, but then the business predictions come true. He also has a health scare, and goes back to the psychic demanding to know what he saw. The psychic tells him to put his affairs in order, that he will be safe only until the first snow. Suddenly a believer but having learned anything about the metaphysical order of life, the salesman is taken over by anxiety and fears. He goes back to the psychic with a gun and says, “You never should have told me!!”

Recently I heard a story from a client about a Tarot reading that she gave to a friend in which the Death card came up in answer to a question about the health of her husband. The Death card in Tarot rarely means death, and of course when we see the Death card we want to assure the client that Death is not the meaning. In this case, however, the husband died and the reader was upset that she had not provided her client with the guidance that she needed.

Some schools of thought believe that the moment of death is predetermined; I am not among those that hold this belief. In my view we make choices every moment […]