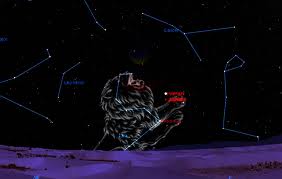 The Full Moon that occurred early this morning occured at the 29th degree of the sign of Leo.  The 29th degree, sometimes called the “critical” or “anaretic” degree, is associated with the endings of cycles and new beginnings.  The word “anaretic” derives from “anareta,” which in medieval astrology signified the planet of death in the natal horoscope.  This is likely what has given the 29th degree such a bad rap in traditional astrology, although endings are actually the harbinger of new beginnings and not to be feared.

In any case, the fixed star Regulus is at the 29th degree of Leo, so this Full Moon is in an exact conjunction.  Regulus is one of the four Royal Stars of ancient Persia and called the “Lion’s Heart,” which is perfect for its placement in the sign of Leo, but will be less perfect when Regulus moves into Virgo this year.

At any rate, this Full Moon includes an alignment of three planet in Aquarius: the Sun, Mars and Neptune.  This is a rather challenging combination that can confuse (Neptune) the direction of our motivation and drive (Mars), especially since the Moon in the Full Moon chart is in opposition to these planets and takes us more deeply into our emotions.  We just have to ride the wave rather than try to control it.  Something is ending now, and we are the witnesses. 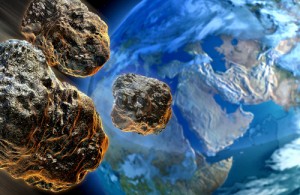 There are thousands of named asteroids, and […]

Moon/Venus/Saturn line up with Regulus

Venus is still about ten degrees from an exact conjunction with Saturn but the Moon will conjunct Venus today heading towars Saturn and the fixed star Regulus.

I have never worked with the fixed stars but suddenly became fascinated with these stellar bodies over the past few months. I’ve purchased a couple of books on the subject and hope to be able to give you some more information as I learn about them myself. Meanwhile I’ve discovered that Regulus, the star associated with kings in the Leo constellation, is currently at 29 degrees 58 minutes, and will transition into Virgo sometime in the next few years.

I have no idea what this means, but it seems that when one of the brightest stars in the sky, the star that is associated with royalty and kingship, changes signs it could be an event of some significance!