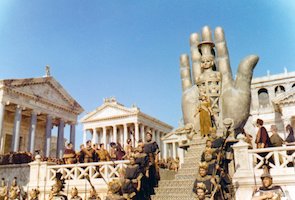 Planetary returns are typically very significant times in a person’s life.  The first return of Mars to its place in the birthchart just after the age of two marks the “terrible twos” – the returns of Saturn at age 28-30 and 56-60 mark major shifts of focus from youth to achievement (first return), and then from achievement to retreat (second return).

Nations also have astrological charts, and therefore also have planetary returns but there is none so significant as the Pluto return.  Pluto takes 244 years to traverse its path around the Sun, and so the Pluto return occurs every 244 years or so.  I always find it interesting to examine historical data in order to attempt predictions about what could occur during the the US Pluto return which will take place around 2020, but I was unable to find one country whose current government was in existence 244 years ago.

Because Pluto’s domain has to do with power, corruption, destruction and regeneration, we would expect that governments which do not have a strong foundation would experience some kind of collapse or major transformation during these times.

There are a few empires whose influence have lasted through at least one Pluto return, but I thought it would be interesting to take a look at the Roman empire.  The Roman empire was established in 27 bce and lasted until the abdication of the last emperor in 476 ce after the second Pluto return.  (It’s interesting to note that a major crisis does not always occur at the time of a major planetary cycle – often the planetary cycle sets the wheels in motion for the crisis to occur in the years following the planetary event.)