In times like these, when the foundation of our lives are breaking apart in order to free us to establish new patterns and structures to assist us to grow and evolve, we need to be able to expand our minds so that we can evolve the systems of belief that give our lives meaning.  This is the role of the Sagittarius New Moon today.

The New Moon is the beginning of a new lunar cycle.  Under the New Moon our conscious mind, represented by the Sun, fuses with the lunar instinct of the Moon and generate the energy to begin something new.

Sagittarius represents the kind of faith that brings confidence and abundance, with a general sense of good will and adventure. Like all New Moons, the Sun and Moon align in concert and beam to us the unadulterated Sagittarian light of positive energy and a desire for expansion. Under the Sagittarian New Moon we resist confinement and responsibility – we yearn to be free. This New Moon forms a challenging square to Chiron (deep wounds) that can bring up sensitive areas to be healed before the Sagittarian expansion and freedom can truly take root.

Jupiter, the ruling planet of the New Moon, is opposed by Venus at this time which suggests that we may feel somewhat confined by our relationships (Venus) for a few days. Finding spaces in our interconnectedness where we can be free while remaining centered in the heart will be a key piece to navigating this New Moon successfully. New Moons are times of new beginnings, and under this New Moon influence we find ourselves learning how to be free while remaining anchored to the people in our lives that are important to us. 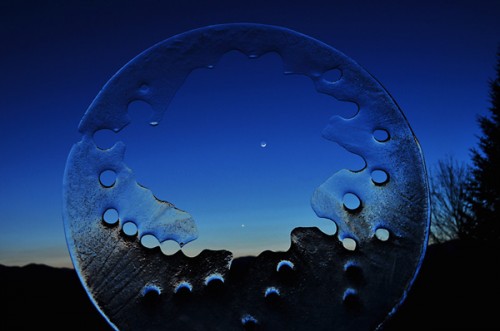 Art by Sally J. Smith, from Silver Rockets.  The New Moon occurred a few hours ago, but we are still in its influence for the next day or two.  Although astronomically this is technically a partial eclipse, because the lunation was 12 degrees away from the Nodes of the Moon, that is a bit too far to have much astrological impact.

Like all New Moons, the Sun is conjunct the Moon, fusing the emotional instincts (Moon) with the conscious identity (Sun) to create a powerful new beginning.  Every New Moon in the lunar cycle provides us with an opportunity to begin again with a clean slate.  Under the Sagittarius New Moon we move from the darkness of Scorpio and its emphasis on the underworld of Soul experiences into the lighter framework of the Sagittarian need for expansion and a sense of meaning about life.

There are four planets in Sagittarius right now, so the Sagittarian emphasis is strong.  In addition, Jupiter (the planet that rules Sag) is in an exact trine to the New Moon which gives us a Double Whammy (technical astrological term) of Jupiter/Sun/Moon energy. Now is the time to forge a vision that expands your life, your consciousness, your mind.  Eliminate from your being the need to stay rooted in the past or any idea of who you think you are.

Jupiter and Sagittarius work with our belief systems, helping us to understand more about life and about what gives our life meaning, but those ideologies are not meant to be static or confined under the Jupiterian influence.  They are meant to continue expanding, taking us into ever broadening circles of knowledge and wisdom.  Chiron (wounding and healing) interacts […] 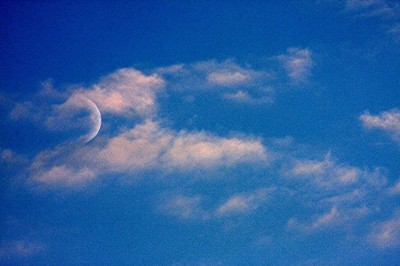 Mars and Uranus are locked in a challenging square at the moment, and even though Mars transits usually last just a day or so the energy of this square is locked into the New Moon chart so the effect will be pronounced over the next few days.  Mars is energy, enthusiasm, motivation, anger and rage – Uranus is radical thinking, revolutionary behavior, a disdain for the staid and conventional.  You can see where the combination of these two promotes recklessness and irritability.

This somewhat disruptive influence leads us to the Sagittarius New Moon on December 5.  Uranus turns direct on the very day of the New Moon, so it is even more of a powerful player in the New Moon alignments.  The New Moon is the beginning of a new lunar cycle and offers an opportunity for a fresh new beginning in a new sign of the zodiac, with a new focus and energy.  In Sagittarius the soul seeks experiences which extend our reach and satisfy our search for adventure and meaning, and the Sagittarius New Moon seeks optimism, confidence, and the development of an inner trust and faith in life itself.

With Uranus shining a laser beam of radical intensity into this New Moon, the soul seeks change and liberation from restrictions.  However, the Sun and Moon are both in a harmonious sextile to Saturn, suggesting that as we expand beyond our restrictions through the Sagittarian effect and liberate ourselves under Uranus, we also build a new structure (Saturn) within which to explore these new ways of living in the world, thereby providing us with an an increased sense of balance.

Still, with a conjunction of Mercury to Pluto in the New Moon chart there is […]

Crescent Moon Gatherer, by Mark Coyle.
The New Moon in Sagittarius occurs at 7:02 am EST on the morning of December 16th.
New Moons are times of new beginnings, and this New Moon offers the potential of a brand new understanding of what gives our life meaning. This is the realm that Sagittarius governs, and this New Moon also offers the potential for a radical shift in our understanding with a challenging square to Uranus, planet of shock and awe. It is likely that under this influence we will need to adjust our awareness as the new levels of meaning begin to permeate our consciousness.
This New Moon is well aspected, with the Triple Conjunction of Jupiter (optimism and positive feelings), Chiron (wisdom) and Neptune (greater spiritual awareness) offering an opportunity to help us to make the required adjustments to our patterns of belief so that we can find deeper levels of meaning.
The Saturn/Pluto square is embedded in this lunation (lunar event), adding a sense of the importance of every adjustment that we make now in the overall scheme of what is required from us. But a lovely trine from Venus to Mars helps to energize us and ensure success in our interactions with others.
I really like what April Elliot Kent says about Sagittarius:

To move in the direction of Sagittarius truth always requires a leap of faith and confidence in what we know. In pursuing this path, there’s the danger of becoming insular and overzealous, of refusing to listen at all to other points of view. The utter conviction that serves Sagittarius so well in many situations can sometimes cause problems if we assume our […]