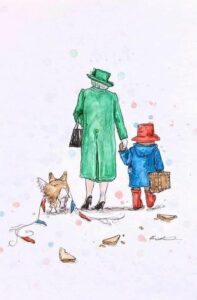 Elizabeth was born with the Sun in Taurus, and the Sun makes no aspects to any other planets (other than an out of sign aspect to Chiron in Aries which is out of the scope of what I will cover here today). We call this a “singleton” Sun and it tends to show someone who tends to stand alone. Her Moon is in the regal […]