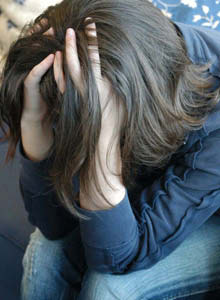 I was catching up on my local newspaper this morning when I found an article about a 13-year old who had been shot and killed by police after he opened fire on them.  Searching his backpack, police found a handgun and 250 rounds of ammunition.
I wanted to find out more about the situation so I searched in Google News and came up with these other similar events involving 13 and 14 year olds:
Then I looked back a few months for more events, and found these:
Thinking maybe this is just a fluke, and that other age groups are also killing themselves and each other at alarming rates I searched for “teen suicides” and found none other than the ones listed here.
Even in the best of times, kids aged 13-14 go through some rough patches.  This is the time of the “Saturn Opposition,” when transiting Saturn forms a 180 degree angle to Saturn in the birthchart.  Saturn is the planet that brings us hardship and challenges so that we will learn the attributes of discipline and hard work and the strength to overcome adversity,  Until we learn those skills, though, […]
Share this article...
By Lynn Hayes|2019-05-11T07:34:52-04:00January 19th, 2010|Psychology, Saturn|1 Comment
Read More