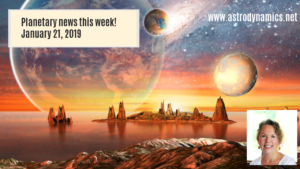 On the heels of a Full Moon, Supermoon and lunar eclipse last night, the Moon continues to move through Leo where it helps to expand our hearts and find our inner enthusiasm.  Meanwhile Mars (assertive energy) is nearing the midpoint of its trip to Aries, but a challenge from Saturn could cause some trouble over the next few days as our enthusiasm and motivation (Mars) is stressed by Saturn’s restrictions and a sense of limitation.  This is a good time to proceed slowly towards perfection rather than run impulsively into the fire of our desire (wait a minute, that is poetry!).

Venus (love and beauty) aligns with bountiful Jupiter over the next few days, and both planets are in the optimistic sign of Sagittarius.  Optimism and faith abounds now, but that pesky Saturn influence may put the kibosh on plans temporarily.

Between the 22nd and 24th Mercury is very active which will stimulate mental activity and enhance communication.  Mercury aligns with the South Node of the past on the 21st, turning our thoughts for a day or two to learn more about where we’ve come from so that we can better serve our future,  just before it moves into Aquarius on the 24th and aligns with the Sun.  When Mercury is in Aquarius, the sign of the scientist and wizard/inventor, our minds are just a bit sharper – reasoning takes precedence over raw emotion and we are able to think clearly and with innate wisdom.  There is not much water influence, other than Chiron and Neptune, and since water tends to enhance our connection to feelings and emotion we may find ourselves strongly oriented in the head and mental body.

Our drive and energy will find easier expression when Mars […]

Astrology in my world: Saturn square my Mars 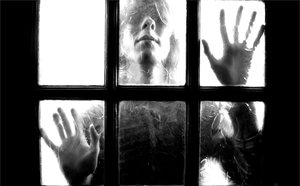 art by Rainbow Carnage. Last fall when I was in Jamaica, transiting Saturn made a square to my Mars.  Saturn is the planet that causes restriction – it brings delays, disappointments, and can cause us to feel overworked.  Mars in our chart shows where we are energized, inspired, and how we go about getting things done.

Having just gone through a major transit of Pluto to my Mars, my  Mars is pretty well activated.  I speak up for myself, get plenty of exercise to activate that Mars energy, and set good boundaries, so I wasn’t sure what to expect when Saturn first squared my Mars when I was on vacation in Jamaica last fall.  As it happened, I turned my vacation into a fitness bootcamp by getting serious (Saturn) about exercise (Mars), but I also got trapped in the hotel room when I was so eaten up by bugs that I couldn’t venture outside.  My husband Rich took off for the beach, leaving me peacefully reading on the veranda until I couldn’t find the key to lock the room which effectively trapped me (Saturn) inside the room, unable to do anything (Mars).  I later found the key right where Rich said it was, on the dresser, but meanwhile I had a powerful Saturn/Mars experience.

So yesterday Rich and I were up in Asheville for a couple of days, and he had a meeting there Monday morning.  I had a whole list of cool things I was going to do with the dog while Rich was at his meeting (he left at the crack of dawn), but when I got dressed and was ready to go, I realized he had taken the car keys, effectively trapping me […]